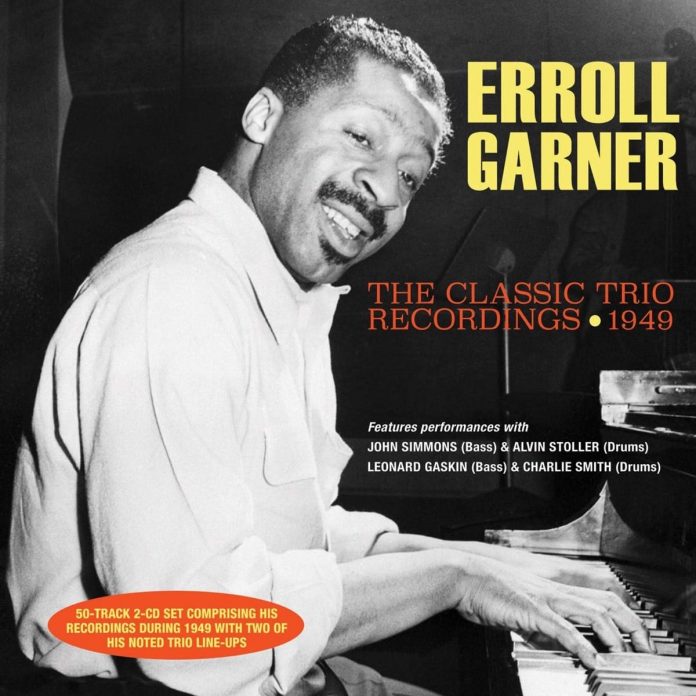 This double-CD package brings together 50 tracks which Erroll Garner recorded at six sessions in Los Angeles during 1949 (although the album notes suggest that the 29 July session may have occurred in New York). The tracks are presented in session date order, from the 2 February session that produced the first three tunes to the 8 September, and most of the recordings eventually gained releases on the Savoy, Atlantic and Three Deuces labels.

Bassist John Simmons and drummer Alvin Stoller play on the vast majority of the tracks, 32 in all, while Leonard Gaskin and Charlie Smith join Garner on the remaining 18 (once again, the sleeve notes question the discographical information, noting that Jesse Price may have played drums on one of the sessions).

Across the six sessions Garner concentrates on interpreting The Great American Songbook, with a particular focus on ballads rather than more uptempo numbers. Most of the tunes are familiar, although the second CD features a higher proportion of lesser-known numbers.

The faster numbers are characterised by joyful, uplifting, performances – I Can’t Believe That You’re In Love With Me is a fine example, Garner’s bouncy, playful, piano phrases conjuring up images of a love-struck teenager skipping happily home in the rain, convinced of their lover’s much-desired feelings. Oddly, for recordings by such an renowned musician, the piano sound is variable: the instrument used at the first session has what some may call an “idiosyncratic” sound although others may be less complimentary.

One set, from the July session with Gaskin and Smith, stands apart. At this session Garner recorded three of his own compositions (Twilight, Impressions – an improvisation on Claire De Lune – and Turquoise) and his arrangement of Claude Debussy’s Reverie, alongside standards like The Way You Look Tonight.

With almost 150 minutes of music, detailed discographical information (the only major omission is information regarding which studios were used) and sleeve notes by Paul Watts that offer biographical details about all five musicians and a discussion of Garner’s playing style, this is certainly a value-for-money package. However, long-term Garner fans may well be familiar with many of the tracks while those seeking to explore Garner’s music for the first time may find 50 trio tunes rather overwhelming.

Mr. P.C. has his charms. For one thing, he is relaxed, almost preternaturally so. 'Como doesn't just sing behind the beat, he makes you...

It has been said that jazz and cinema are the only truly original American art forms . . . “America” meaning the USA, of...