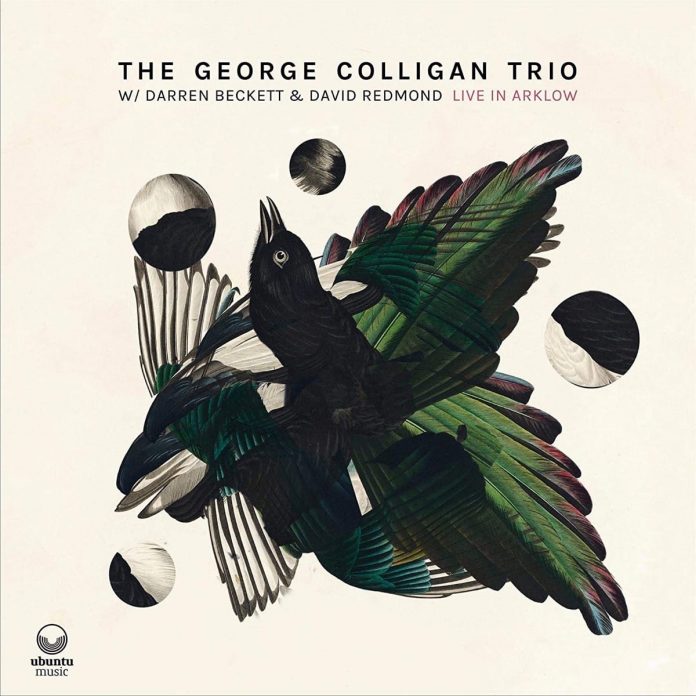 The George Colligan Trio came into being at the Bray Jazz Festival in 2018 and recorded this album at the following year’s festival, in Arklow’s Methodist church. According to Colligan, the album resulted from “a magical night in a magical venue with a magical piano and a magical trio and a magical audience. … Luckily the tape was rolling and we captured it forever.”

Colligan is a well-established pianist, with around 30 albums as leader and many more as a supporting musician, notably with Jack DeJohnette. His playing has been described as earthy and assertive, stylistically related to Mulgrew Miller or McCoy Tyner – a description that’s borne out by his playing here.

Redmond and Beckett are more than suitable partners for the pianist: they’re both confident, strong, swinging players, Beckett in particular displaying a muscular style that’s most obvious on the appropriately named Again With Attitude.

On the album’s quietest and most affecting track, What Is This Thing Called Love, the trio clearly demonstrates its ability to play with subtlety and control (although Beckett’s percussion is so high in the mix that it threatens to overwhelm the piano).

A couple of issues affect Live In Arklow as they affect many live albums. First, the sound (on the streaming version supplied for review) is a trifle odd: the piano is crisp and clear, but the drums are often too loud and Redmond’s bass is often buried under the other instruments. When Redmond solos and the other two musicians leave him some space, on Up Jumped Spring or Again With Attitude for example, he’s a pleasure to hear but his instrument generally sounds somewhat muffled in comparison to the others.

Second, each track lasts, on average, for 10 minutes, which is fine in a live concert but outside the immediacy of such a setting the numbers start to feel rather over-extended. Crowd response is surprisingly muted, given the energy that’s being transmitted from the stage: it does little to support Colligan’s claim of a magical audience, suggesting rather a couple of dozen polite but unexcited fans, which does the music on Live At Arklow something of a disservice.

Ian Lomax - 07 July 2019
This collection features two albums by guitarist Bill Jennings as leader (Enough Said! and Glide On), which I reviewed as recently as 25 April 2019 under the collective title...