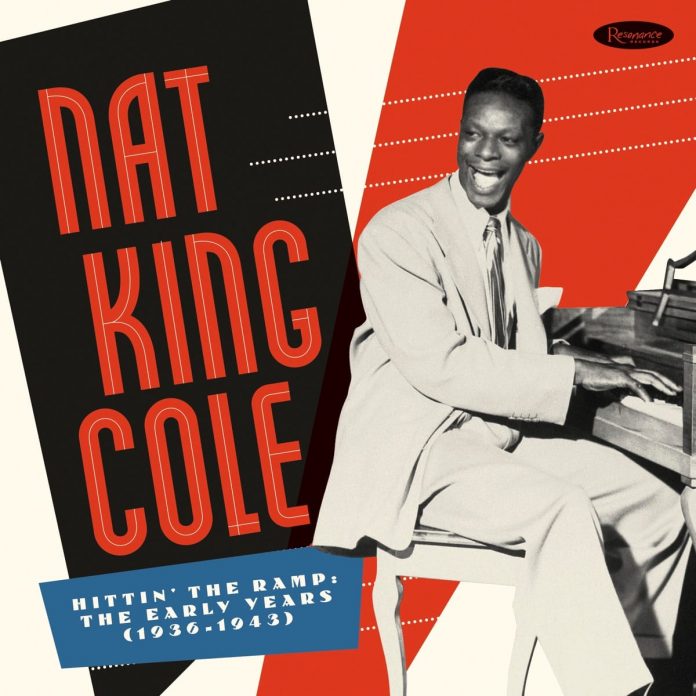 Produced for release in 2019, the 100th anniversary of the birth of Nat Cole, this comprehensive 10-LP set will appeal to many jazz enthusiasts. Resonance Records have produced a limited-edition box of 3000 copies, so it may not be available for long.

The first thing to say is that the engineers have managed to offer remarkably good sound here, considering that the music was all recorded between 1936 and 1943, not an era of startling high fidelity. Some have been expertly remastered from original 78s, but the bulk of the music comes from 33 1/3 rpm 16-inch transcription discs, oversized pre-microgroove vinyl discs.

The set comes in a thick box and there is a large booklet with essays, information on the music and plenty of 1940s photos. There are the odd tracks with background hiss and distortion, but these are rare, and the only surprise really is that there are so few.

The music all through is a delight and another welcome surprise is that there is so much variety on offer. There are 183 tracks in this collection and although it is primarily the music of the Nat King Cole trio, there are several guest spots and much variation on offer. The trio play instrumentals sometimes, Cole’s fleet, light-touch piano lines demonstrating how valuable a jazz pianist he was and what a loss when he was kept busy mainly as a vocalist after 1943.

Many tracks feature the three musicians singing as a choir in harmony although the best, understandably, are those with Nat handling the singing chores alone. There are guest vocalists on offer and highlights of the collection include four pieces by Dexter Gordon with Harry Edison on trumpet and Nat’s trio functioning as a top-rank rhythm section. Three selections feature the sublime tenor sax of Lester Young, at his peak here, sailing through a personalised version of Body And Soul and a hard-swinging Indiana.

The first LP paradoxically offers alto sax, tenor, trumpet and drums in a seven piece with the focus on Nat’s piano and the three horns. The rest of LPs 1 & 2 are Cole trios with his regular bass and guitar men. Standards such as Blue Skies, Don’t Blame Me and Undecided receive the Cole benediction at varying tempi.

LPs 3 & 4 are mainly the trio, but some are joined by a vocal group, Pauline and her Perils. Pauline Byrnes sings and has three male vocalists in tow. Crazy Rhythm and Moonglow are standout tracks. Four selections on LP5 feature Lee Young on drums, helping to whisk the rhythm along seamlessly. The trio becomes a quartet again on LP7 when Al Spieldock joins in on drums, giving further depth to the music.

Although all these songs are interesting and many are, or would soon become standards, there are times when I felt less three-part vocal harmony and more instrumental solo work would have been better. To be fair though many of these pieces were intended as popular music in the day, superior but still pop.

There are examples here of Nat as blues singer and pianist and he shows how well he adapted to this format in his early years. Some of the later trios on LPs 5 & 6 indicate the growing stature of Cole as a vocalist, pointing the way towards his post-1943 work. Tracks like Sweet Lorraine, with five examples, are early indications of the jazz-inflected, pure-honey voice that was to come later. All are sterling performances although punters might bear in mind that many had one eye on the pop music requirements of the time. What stands out most is the quality of piano work and the stylish, inventive, early amplified guitar work from Oscar Moore. This set is also available as a seven-CD package.

Nic Jones - 11 April 2021
Guitarist Bernstein's CV and discography speak for themselves, and in the latter case anyone who's reasonably well informed about the music will be able to figure the idiom he...