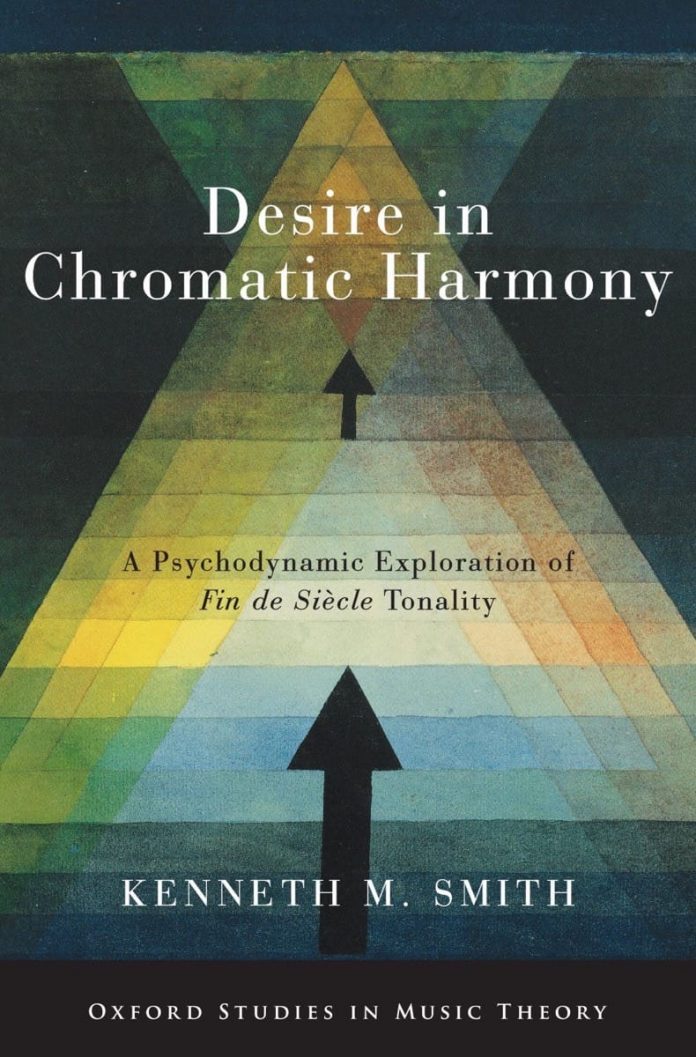 Kenneth Smith has a brilliant new approach to understanding chromatic music. To grasp it, an academic background in music but also in philosophy will do you a lot of good. Alongside developing new tools to understand chromaticism, he includes analyses of musical works not so well known to the majority of people. Smith combines the music theories he develops over the course of the book with psychoanalytic and philosophical explorations.

Centring itself from the first half of the 20th century onwards, this book offers two new theories of tonal functionality in music, aiming to clarify its psychological intricacies. Although he examines various composers of the 20th century, it becomes clear that predominantly Wagner seems to have admired the union of psyche and sound, as he philosophised the nature of desire in music.

Smith divides the book in two, firstly expressing Bernhard Riemann’s three diatonic-chord functions. Smith compares these with Jacques Lacan’s thoughts on metaphor and metonymy which propel the means of human desire. Following this, he offers a technique for analysing that momentum that concurrently pushes chromatic music in numerous directions. All in all this creates a libidinal basis, emulating the unease of the psyche found in Schopenhauer, Freud and Lacan, to name a few.

In his exploration of chromatic complexity, Smith delves into the psychological construction of post-Wagnerian psychodynamic music. He puts forward unlikely connections, for example linking the styles and formations of jazz harmonies to those in Romantic harmony, through an exploration into tritone substitution.

The majority of Smith’s book focuses on the Oedipal triangle of chord functions in 20th-century music. But he also proposes original theories about how late tonal music was important in the growth of modern concepts of psychological desire, with the result that harmony of that time influenced musical compositions from wider genres. It thus stretched into the jazz world through its standards and more.

Elliot Marlow-Stevens - 27 January 2021
David Sills latest album, Natural Lines, is his 17th release as leader, and the latest of decades of jazz recordings as a leading woodwind player. On this album, Sills...