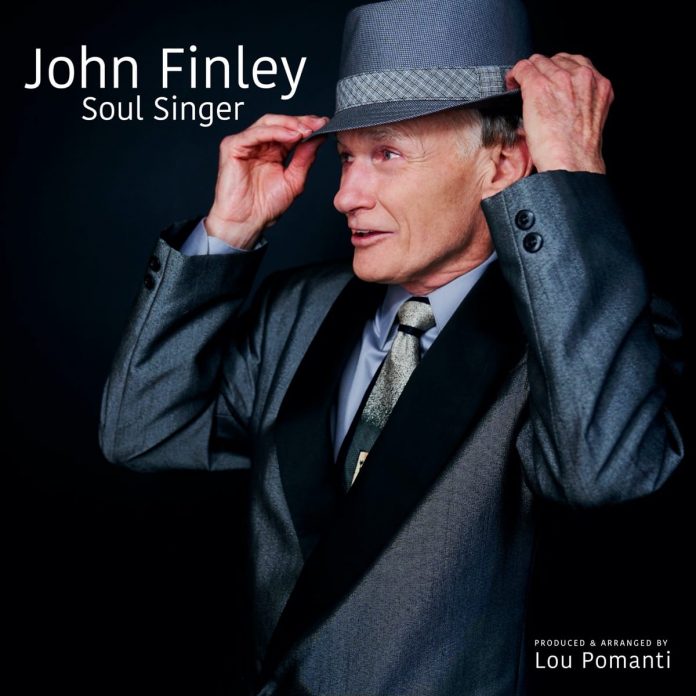 Fifty years between starting a career in the music business and releasing your first solo album sounds like the epitome of forward planning, but it isn’t as if Toronto-based singer and songwriter John Finley has been twiddling his thumbs in the intervening years.

In his youth, his band Jon & Lee & the Checkmates opened for the Rolling Stones; he then spent many years in Los Angeles, where he became a member of Rhinoceros in 1967, wrote a hit song for Three Dog Night and worked with Donna Summer, Michael MacDonald and Joe Sample among others.

He went on to spend over 30 years performing in the gospel music scene – the gospel influence is strong throughout this album – before returning to Canada.

Soul Singer is an apt description of Finley’s talents: this is a decidedly soulful album that ranges from the out-and-out fun of Party, Party to the funk of GO and the romantic slow-burn of Save Your Love For Me. On the introduction to Let Me Serenade You (the song that became a hit for Three Dog Night) Finley resembles Little Jimmy Scott – indeed, it’s a resemblance that reappears throughout the album when Finley moves into his upper register.

Most of the songs were written or co-written by Finley, with one or two exceptions, notably Leonard Cohen’s Hallelujah. There are too many dull covers of this classic song, but Finley’s is fresh and evocative, bringing all of the singer’s life experiences and gospel talent to his exploration of the lyrics: Lou Pomanti’s organ and piano add atmosphere and Finley’s fellow vocalists lift the emotional impact to create a beautiful rendition of this gorgeous song.

Finley’s bandmates are sympathetic and stylish compatriots. Producer Lou Pomanti’s delicate piano playing heightens the impact of many of the slower tracks, William Sperandei’s trumpet is a highlight whenever it appears and Tony Carlucci’s muted trumpet adds to the melancholy of What Time Can Do. Above all, however, Finley’s vocals are engaging, heartfelt and soulful. A fine album.

Barry Witherden - 28 April 2019
On the 9th of October 2018 the Japanese pianist, composer and bandleader Satoko Fujii celebrated her 60th birthday. I know it’s considered ungentlemanly to mention a lady’s age, but...