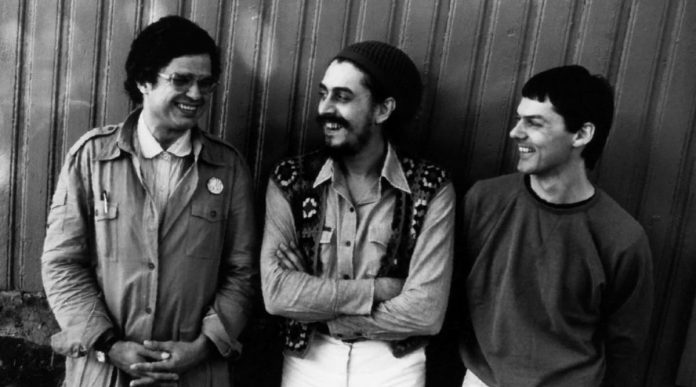 Saxophonist Jan Garbarek, guitarist/pian­ist Egberto Gismonti and bassist Charlie Haden are three of the most distinguished musicians currently recording on the ECM label.

It is certainly true to say that all three players have produced better work separately, but the biggest disappointment (both live and on record) is the diminution of Haden’s formidable abilities. At the Shaw Theatre, his solos, few as they were, contained some powerfully melodic and emotive moments, but he was unpre­possessing in the collective passages.

Egberto Gismonti likewise sounded uninspired and inhibited. His piano style belongs to the ECM school of lush romanticism, and, like several other ECM pianists, his technical aspirations often take precedence over trenchant depth of thought or individuality of style. On the other hand, his virtuosic finger-style guitar work is totally original, full of the colour, warmth and primitive joy of his native Brazil.

Undoubtedly, it is Garbarek who profits most from this uneasy alliance. In concert, his playing revealed a far greater range of pace and tonality than he exhibits on record, his soprano and tenor work ranging from the familiar majestic austerity to an effusive and lyrical free­style occasionally redolent of Trevor Watts.

However, any hopes that this trio (freed from the tyrannies of the recording studio) might fulfil its latent potential were rapidly dissipated at an early stage of their three hour performance at the Shaw – an evening mostly concerned with dynamics of quietude, much of the music sinking to the level of crawling pseudo-spiritual preten­tiousness that characterises the less appeal­ing part of the ECM ethos.

Barry Witherden - 20 January 2021
This album was released in August but I’ve not been able to find out when it was recorded. It is, though, clear from the titles that it would have...