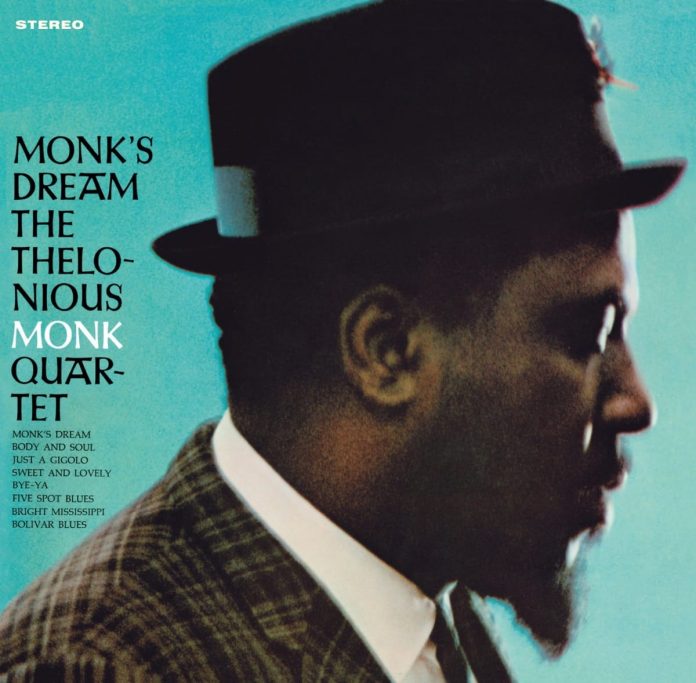 This reissue of Monk’s first album for the Columbia label – recorded in 1962 and released the following year – comes as a 180gm LP plus an accompanying CD which features the album plus half a dozen extra tracks, all of which are earlier versions of the Monk’s Dream tunes. This review is based solely on the bonus CD, as the LP wasn’t available for review.

Monk’s Dream is a Teo Macero produced classic – apparently the pianist’s best-selling album of all time and possibly the best choice for introducing new fans to the world of Thelonious Monk. John Ore and Frankie Dunlop make for a swinging bass and drums pairing, driving the tunes with a relaxed but energetic pulse. Up front, Monk and tenor saxophonist Charlie Rouse play off each other beautifully, especially on Monk’s Bright Mississippi where they both produce standout solos.

The extra tracks, recorded between 1952 and 1961, offer an insight into the development of six of the tunes that appear on Monk’s Dream (Five Spot Blues and Bright Mississippi are the exceptions). The 1954 and 1962 versions of Just A Gigolo (both solo piano) are almost identical. The two versions of Bye-Ya are both hugely enjoyable but differ greatly, not only because the 1952 recording is a trio performance (and half the length of the 1962 track) but also because of the contrasting approaches of drummers Dunlop and Art Blakey.

So, almost 77 minutes of Monk spread across an LP and a bonus CD, every track on the original album a minor classic and each of the six added tracks worthwhile listening in their own right. Five stars (on the assumption that the LP’s sound quality is as it should be).

Jazz Journal - 28 November 2021
Archie Shepp is a brave man. He is totally exposed musically for most of the 41 minutes of this album, with only a bassist for accompaniment (although Niels-Henning is...