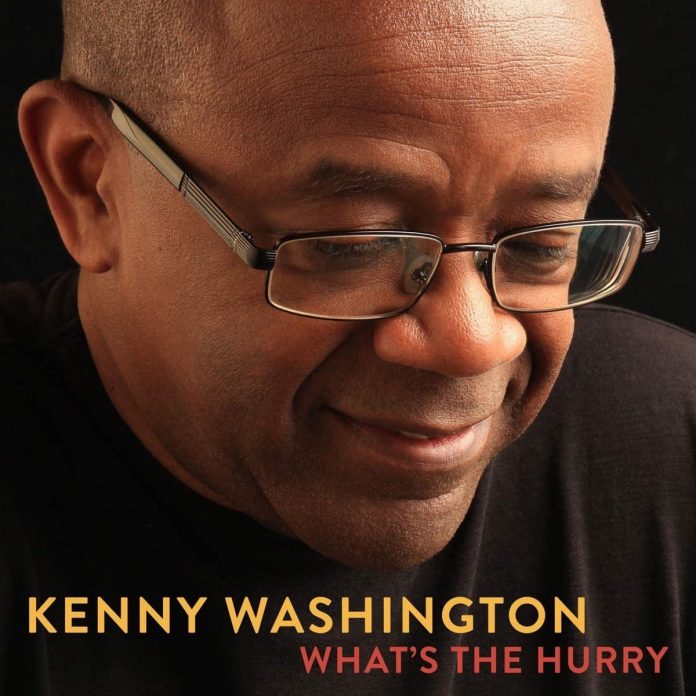 What’s The Hurry is an apt title for vocalist Kenny Washington’s album, for although he’s been singing professionally for many years (including a stint in the US Navy in the 1980s and 90s) this is his debut as leader. It’s also a useful description of the relaxed, laid-back, approach to singing that’s a strong feature of these enjoyable performances of American Songbook standards.

Washington is joined by a core bass, piano and drums trio, with one or two added guests on most tracks. No More Blues features three guests – Victor Goines on clarinet, Jeff Cressman on trombone and Ami Molinelli-Hart on percussion – and the resulting full-bodied sound and driving rhythm makes this the album’s cheeriest, most upbeat, song. Rodgers and Hart’s Bewitched, Bothered And Bewildered is the cream of the crop, though – just Washington and the trio on a slow-burn interpretation of the classic.

There’s nothing new here, either in song selection (despite the many songs of the last 10 or 20 years that cry out for an interpretation from skilled stylists like Washington, all of these songs are familiar standards) or performance style. However, Washington is a sympathetic and talented vocalist with a command of phrasing and a warmth to his sound that’s always a joy to hear. And there’s always an audience for the Songbook.

Oddly, the review copy of the CD arrived with its sleeve cut into two pieces and with a section seemingly missing (there’s nowhere in either of the pieces to put the CD). It’s not the first CD to arrive in such a state this year: am I missing something?

John White - 01 March 2020
A previously unreleased 1962 recording at Seattle’s Penthouse Club for a radio broadcast, this has the Little Giant and Jaws in the compatible company of Horace Parlan, Buddy Catlett...