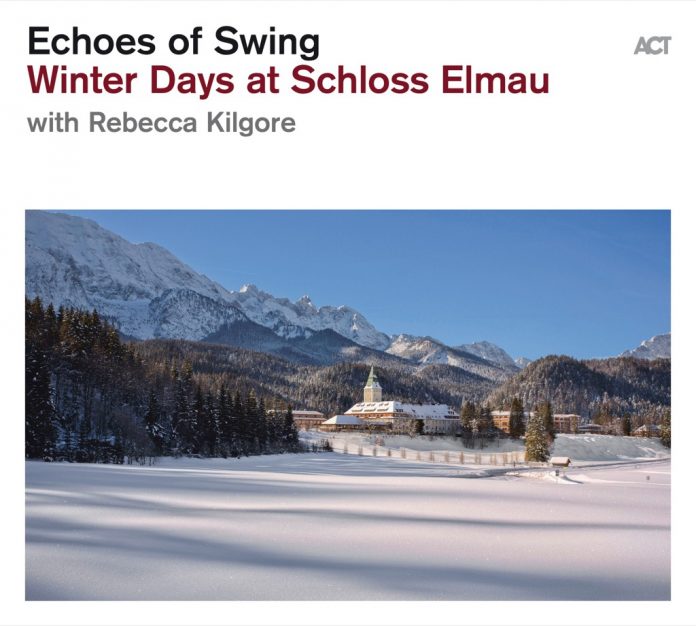 You’d be forgiven for assuming from the group’s name that 30s-style swing performances were to be expected. Yet this German-British-American quartet, formed in 1997, adopts a far more ambitious and innovative approach. Ingenious arrangements retain roots in classic jazz styles, but blend swing, mainstream, bop, blues and cool later styles with Latin American rhythms, and even touches of classical music, in quite a heady eclectic mix. Pianist Bernt Lhotzky is the musical director, but Dawson and Hopkins are also involved in some of the striking arrangements.

As in earlier releases, this is a themed album, all tunes associated with winter. About half of the tracks are original compositions, including some poetry set imaginatively to music by Lhotzky. (Robert Frost’s Stopping By Woods On A Snowy Evening, Shakespeare’s Sonnet 97 and Emily Bronte’s The Night Is Darkening Round Me. Some of the standards undergo quite a facelift. Burt Bacharach’s The Bell That Couldn’t Jingle gets bossa nova treatment, and Winter Wonderland, with a less than jolly intro and coda, features hand drumming and is performed in 5/4 time.

Previous releases have been predominantly instrumental,with a few vocals from Colin Dawson. This latest album for the first time, features vocals throughout. The experienced and very capable Rebecca Kilgore is the American special guest vocalist. She adjusts admirably to the challenging range of the repertoire, contributing to a couple of original compositions. With supple and relaxed phrasing, her warm voice contrasts expressively with the beautifully scored, but sometimes cool and brooding section voicing, doubtless intentionally so, to relate to the pervading chilly theme!

Henning Gailing (bass) and Rolf Marx (guitar) are the other added guests. With a high all-round level of musicianship and creative ideas, this is another admirable album from this talented group.

Stan Tracey: Wisdom In The Wings

Matthew Wright - 25 April 2021
Recorded in the autumn of 1969, these two albums, Free An’ One (quartet) and The Seven Ages Of Man (big band) were released the following year but soon became...