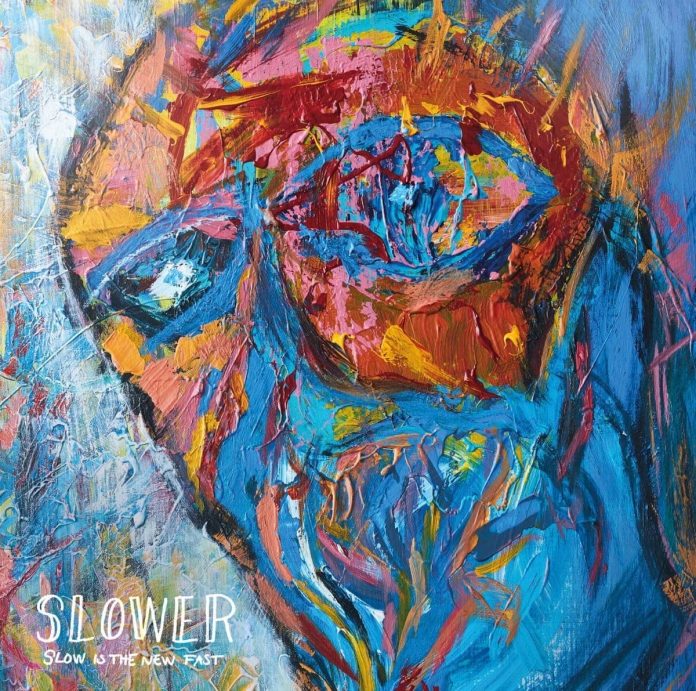 After a debut album called Slow, Norwegian ensemble Slow Is The New Fast returns with two new members and a second album called Slower. The band is now a sextet following the addition of violinist Håkon Aase and flute player Henriette Hvidsten Eilertsen, two musicians who bring a distinctively folk feel to the front line.

The album opens with What Is Geography Without Borders, a song that has the feel of a Birth Of The Cool track if Miles Davis had replaced the saxes with a violin. It turns out to be the fastest tune on Slower, but even here the group doesn’t move too far beyond mid-tempo.

Track number two, Whenever You’re Ready, is more typical of the band’s relaxed slow-tempo sound: it’s followed by two tunes that are more groove-oriented. The First Thing I Remember is the most immediate and catchy of the two, with Eilertsen’s flute adding a spectral feel. Flute once again dominates the sound on much of Wonderland, although Joel Ring’s underpinning bass line is also impactful.

From time to time the term Nordic sound is applied to a certain style of jazz that often emanates from Scandinavia and is characterised by plenty of space, slow tempo, trumpet or flugelhorn often used as the lead instrument and melodies that evoke feelings of meditation or melancholy.

Slow Is The New Fast bring all of these elements to Slower, but the addition of flute and violin (and ravanhatta) gives this music a certain distinctiveness – Nordic Plus, perhaps?

It is obvious from the first note what organist Rhoda Scott’s Movin’ Blues is about: the gospel and the blues. A minister’s daughter, Scott...

For the past 20 years, Laura Zakian has been making her mark on the UK jazz scene with her captivating covers of well-loved standards...

We are fortunate indeed in that Maxine Gordon is such an accomplished writer (except for the fact that everyone that Dexter ever meets seems...

"...the term Nordic sound is applied to a certain style of jazz that often emanates from Scandinavia ... but the addition of flute and violin (and ravanhatta) gives this music a certain distinctiveness – Nordic Plus, perhaps?"Bruce LindsaySlow Is The New Fast: Slower
Advertisement