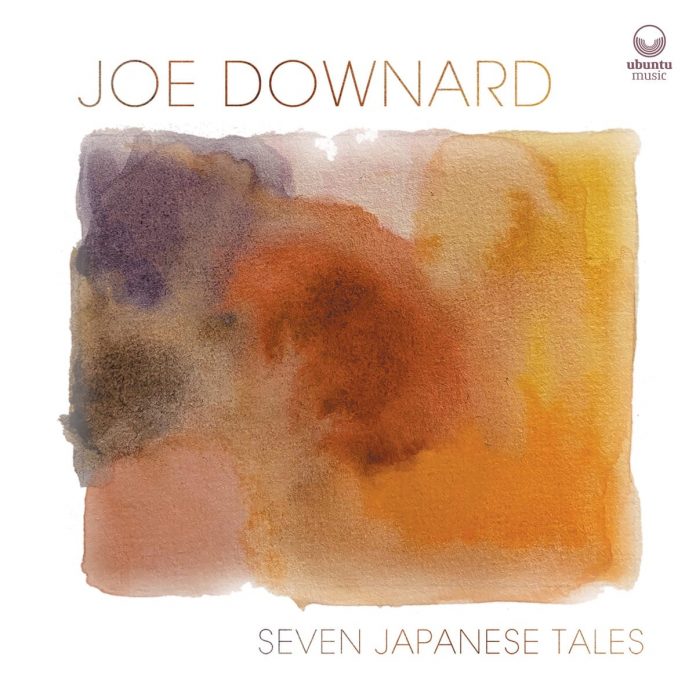 Seven original compositions from bassist and synthesizer player Joe Downard form the track list for his debut album, Seven Japanese Tales. Each tune is apparently inspired by the short stories from Japanese writer Junichiro Tanizaki’s 1963 collection of the same name, although Downard also cites other inspirational artists including Radiohead and Ambrose Akinmusire.

The seven tracks form a suite, but don’t betray their literary inspirations to someone who, like me, is unfamiliar with Tanizaki’s work. The stories, according to the book’s UK publisher, “explore the boundary at which love becomes self-annihilation, where the contemplation of beauty gives way to fetishism, and where tradition becomes an instrument of voluptuous cruelty.” Downard’s music rarely if ever suggests such dark or unsettling themes, even if there is an air of mystery and drama about tracks such as The Tattooer.

With two synth players and a “space echo” (an audio effects unit that’s been around for many years), the electronics are occasionally overblown and can veer perilously close to the prog pretensions of Emerson Lake and Palmer – although there’s no suggestion of daggers being thrust into keyboards.

The acoustic instruments are generally more understated and refined and, as a result, much more effective – across the seven tracks it’s saxophonist Alex Hitchcock and trumpeter James Copus that leave the longest-lasting impressions. When electronics and acoustic instruments join together sympathetically (notably on Terror and Bridge Of Dreams) this combination produces some of the most enjoyable and imaginative passages on the album.

Matthew Wright - 02 January 2021
Another excellent archive release from Jazz In Britain, with thanks due to Ron Mathewson and Spike Wells for access to the tapes, taken from BBC’s Jazz Club. Harriott is...