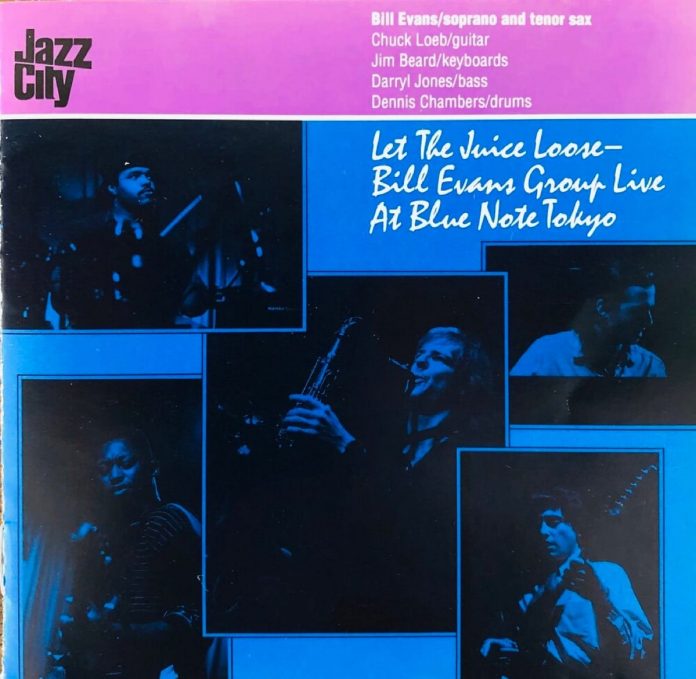 Where some of his fellow fusioneers have ventured along more esoteric avenues, Bill Evans has kept faith with the central values of the genre. At worst this policy manifests itself in the banal rock harmonies of the title track, the world music and rock tussle of Hat (though there is good bass writing here) and the Pink Floyd meets heavy metal montage of The Wait.

At best it results in the stealthy funk groove of Sailboat, rendered at once tense and relaxed by Dennis Chambers’ cunning combination of rock steady backbeats and six­teenth note triplets on the hi-hat.

There are some engaging solos by Jim Beard, particularly his thoughtfully developed outing on Sailboat, with its echoes of Richie Beirach, and Darryl Jones’ leis­urely exploration of the theme and harmony of Ginza is deceptively seductive.

The leader suffers from comparison with Michael Brecker, possessing a similar tone and attack without the velocity and harmonic in­genuity. However, his direct and bullish style has an appeal of its own.

Width-watchers will marvel at the playing time.