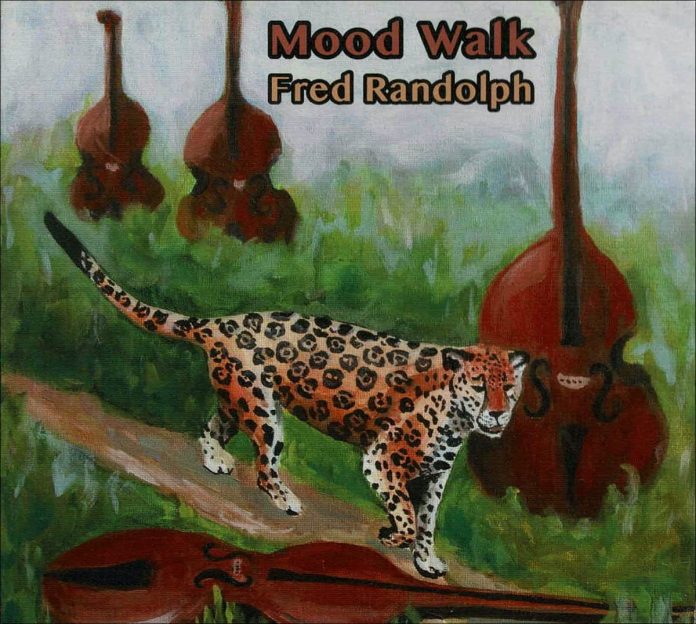 I try to resist the temptation to jump to premature conclusions when reviewing, but the moment I heard the Clifford Brown inspired first track on this album, On The Upside, I knew I would like it. It had the works – swing, musicality, rhythm, drive, fun and melody; and the rest of the album did not disappoint either.

This is bassist Fred Randolph’s fourth outing as leader. Born in Honolulu and educated at UC Berkeley, Randolph started out by playing guitar. At Berkeley one of his guitar tutors suggested he listened to saxophone players like Coltrane in order to expand his jazz vocabulary. He became hooked and put aside his guitar and spent the next 12 years playing the sax.

The move to electric and acoustic bass came about when he was asked to play bass in a friend’s band. Soon, one gig led to another and bass became his main instrument. In my opinion he made the right choice. Bass-playing band leaders are not that rare, but good ones somehow manage to achieve a more complete musical sound than bands led by musicians who play traditional lead instruments.

Randolph is joined on this album by some highly talented northern California musicians who clearly feel at ease in each other’s company. Randolph composed all tracks but is quick to acknowledge his various diverse musical influences which include Clifford Brown, Chick Corea (Unaware), Steely Dan (T-Bone Slide), David Crosby (Strange Game), John Coltrane (Mr. Now), Todd Rundgren (Todd’s Idea) as well as other genres of music such as African (Nouveau Monde) and Brazilian (Meadows).

This is good music played by good musicians and there is nothing to dislike. Highly recommended if a bit of modern swing is your thing.

Find out more about Fred Randolph: Mood Walk at jwvibe.com/post/fred-randolph-mood-walk

Kjetil Mulelid Trio: Who Do You Love The Most?

Various: West Meets East – Indian Music And Its Influence On The West

The number of rock musicians influenced by Indian music is legion. Obviously, The Beatles were prime examples of this. Others in the popular music...

“It covers a lot of musical areas that I am involved in and enjoy”, enthuses saxophonist-flautist-keyboard player Theo Travis of Soft Machine’s album Hidden...

Who was the “real” leader of the Art Ensemble of Chicago? As missing-the-point questions go, it’s a good one. Lester Bowie’s “is there a...

Fred Randolph: Mood Walk"This is good music played by good musicians and there is nothing to dislike. Highly recommended if a bit of modern swing is your thing"
Advertisement