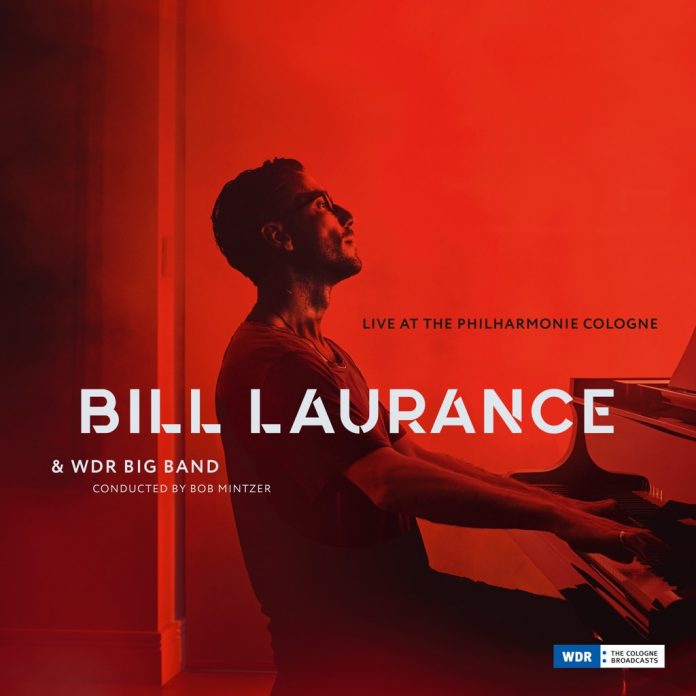 British pianist and composer Bill Laurance is a regular member of the Brooklyn-based jazz fusion collective, Snarky Puppy. He’s recorded several albums with them and released four of his own on solo piano. He’s also recorded with David Crosby who considers him to be “one of the best piano players I’ve ever met in my life”.

For this release, Laurance joins the acclaimed 18-piece WDR Big Band in a live set before an appreciative audience at the Philharmonie concert hall in Cologne. All nine tracks were penned by Laurance and stem from his earlier solo recordings: Flint, Swift and Aftersun. Here, though, they are re-conceptualised on a grander scale with most arrangements by conductor and tenor saxophonist Bob Mintzer. It’s an exhilarating ride that can switch from sumptuous orchestral sounds to stark minimalism at a stroke.

The Good Things has the initial feel of a classical piece and then escalates into an intense crescendo with a scorching tenor-sax finale. Denmark Hill has flavours of Ahmad Jamal in Laurance’s dulcet piano work together with urgent sax from Mintzer. Ready Wednesday opens quietly and bursts out with insistent drums and dramatic piano soloing. Swagtimes is indeed swaggering with fiery alto, deep brass and rock drums. Money In The Desert is inspired by Laurance’s visit to Dubai and has an 80s TV-theme style with a military march background.

Golden Hour is a poignant ballad with delicate brushwork and exquisite solo trumpet. The Rush has sonorous trombone and dramatic piano. Swift has gutsy bass trombone and a bright alto-sax solo. Red Sand, inspired by a Moroccan rhythm that Laurance heard in a Marrakesh market square, opens with a colourful piano and tabla combination and culminates with powerful alto and muscular Mintzer tenor.

With its collection of intriguing compositions, attractive melodies and euphoric crescendos, Live At The Philharmonie Cologne is a polished performance and invigorating experience. To provide a taste of this you can see a rehearsal of Red Sand by Laurance and the band here.

Jazz Journal - 30 June 2022
There is a dynamic about Cassan­dra Wilson's voice, a full vibrato in the lower registers, a husky tone, that brings to mind Nina Simone, not entirely an odd comparison...