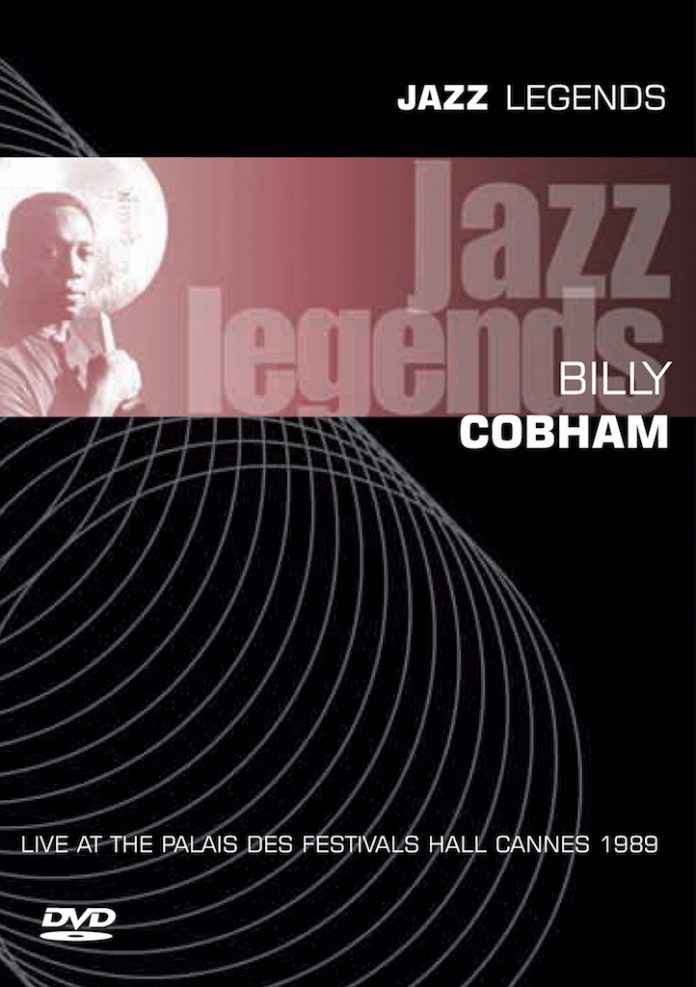 Despite the sighting of two mullets and a mix dominated by a synth sound you would associate with Spandau Ballet, this 45-minute show from 30 years ago dates well and features a typically gymnastic Cobham and his band delivering hits of his and more to a lively Cannes crowd.

There’s a brief interview section to start, before the set slams open with Incoming, the youthful-looking Cobham driving a groove hard against some rock-heavy riffs from Munich-based guitarist Peter Wolpi, a prominent force on stage here. There is a great moment towards the end of this first track that sees Cobham briefly quit his kit for cowbell and timbales and a solo trading fours with percussionist Nippy Noya who grins widely, pounding away at his bongo and conga set-up.

Announced with a funky, low-end line from bassist Wolfgang Scmidt which Cobham quickly digs his heels into, Tinseltown features some creative interplay between Wolpi and pianist Rita Marcotulli. Unfortunately the track quickly comes meets a dead-end melodically, relying on Cobham’s dynamics, feel and fancy fills to push it past three minutes.

Elsewhere there is some brief, syrupy balladry (You With Me With You) and a drum and bass-strummed track that dips into some sassy swing (Two For Ivan) but the show is mainly funk-driven and sees Cobham sweaty, stretched-out and in solo mode, especially once the group hit their stride with classics like Red Baron, Crosswinds and fusion staple Stratus.

Dave Gelly - 17 October 2021
The original All Aglow Again was released in 1960, a canny mixture of Peggy Lee's then-recent hits, starting with the biggest of all, Fever (1958), and reaching back as...