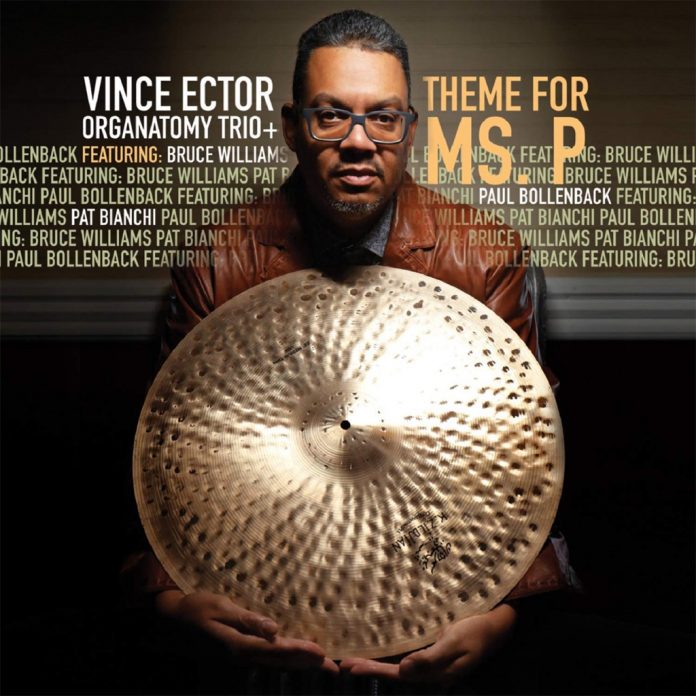 Growing up in Philadelphia, Vince Ector recorded his first album under the leadership of organist Charles Earland and the music here reflects that kind of ambience, with originals mixed with tunes from beyond the usual orbit that are given a jazzy tinge just as Earland would do. The opener, for instance, was a soul-type single by Major Harris that climbed the charts in 1975. Then you have a rare Benny Carter ballad well worth reviving in The Courtship, first recorded by a sextet that also featured Dizzy Gillespie.

Regarding the mix of organ and saxophone, one tends to visualise the latter as being a tenor. Not always the case, though, and Lou Donaldson, with whom Ector has played, would often pick an organist to back his alto solos.

Here we have Bruce Williams producing the right blend of invention and spirit, not least on Burt Bacharach’s Wives & Lovers where he ambles along engagingly in triple time. No surprise to find him switching to the soprano sax for The Courtship, a tune one could imagine attracting the likes of Grover Washington.

As mentioned in an earlier review, Pat Bianchi has abundant technique and admits the influence of Joey DeFrancesco. Both have a tendency towards rippling right-hand phrases, though in this context one cannot fault the way Bianchi fits into the overall pattern. A few tracks also include the excellent Paul Bollenback, further proof that Ector’s roots in organ-type jazz go back a long way.

Admirers of the genre should find plenty to enjoy.

What opened my ears and eyes to Harrell was an extraordinary performance by his quintet at the Koktebel Festival in Crimea, featuring the same...

One of the best and most consistent hard bop soloists on the slide trombone, Curtis Fuller did not receive the full praise and recognition...

This very reasonably priced volume sheds light on a key period in Don Cherry's life when he spent considerable time in Sweden (where he...

This performance proved conclusively that Surman's recent preoccupation with synthesisers, complex overdubbing techniques and detailed composition has in no way impaired his talent for...