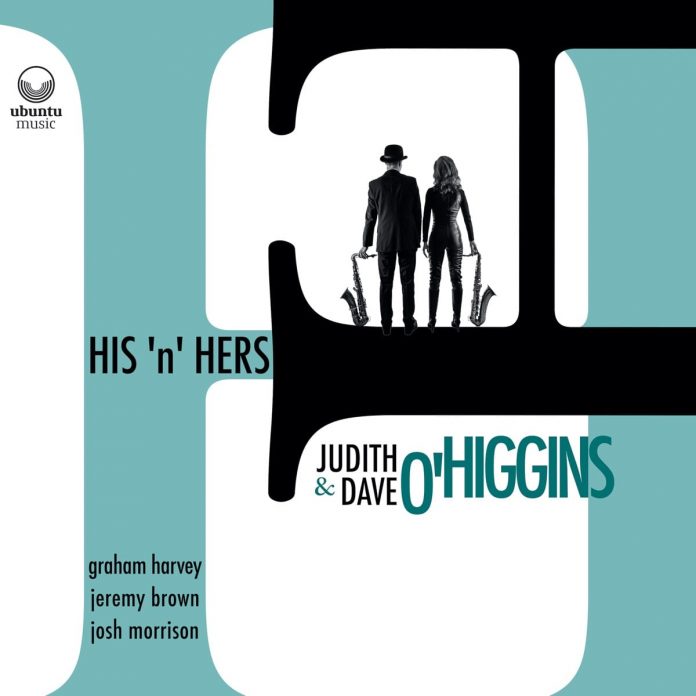 A two-tenor escapade that, unusually, pits husband against wife. Not that there is much to be classed as a battle, any more than was the case with a recent foray by Dave O’Higgins alongside Italian tenorman Max Ionata.

Both Dave and Judith O’Higgins (the latter originally from Germany and a forensic pathologist as well as saxophonist) have the same hard, Coltrane-like tone with Dave the more inclined here to play things straight while Judith often flits around engagingly.

As with the Ionata album, there is not much in the way of traditional two-tenor interweaving in the manner of Ammons-Stitt or Davis-Griffin, though a similar plus point is the quality of the in-house original tunes, all three credited jointly to the leaders. They fit in nicely with the two Dexter Gordon pieces that close the album, not least Los Bandidos Bogarolles based, unless I’m wrong, on Green Dolphin Street and among the highlights along with the following Save Your Love For Me.

Support is of the right quality. with Graham Harvey a stylistic snip for this area of music.

Dave Foxall - 20 June 2019
Unusually for the highly original Atomic, this is an album of "covers" (though the word doesn’t do these personalised pieces justice, including as they do, music originally conceived by...