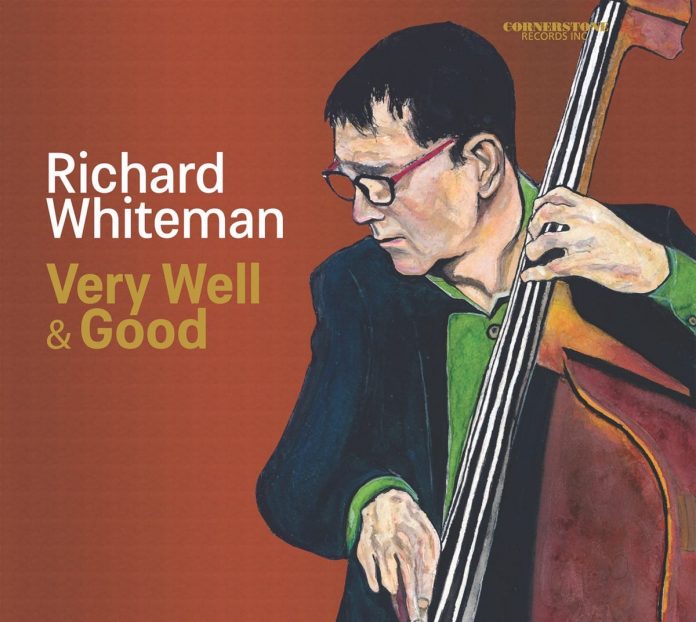 Based in Toronto, Richard Whiteman has been heard more often as a pianist but occasionally switches to the string bass, as here. Judged by this album he has all the qualities one needs to lead a group, not least the knack of picking good musicians and putting together the right repertoire, most of which he wrote himself.

The idiom can generally be described as accessible post-bop. Of the tracks including Pat LaBarbara and Mike Murley, Very Well And Good is based on the chords of Fine And Dandy, Re-entry (written by Amanda Tosoff) on East Of The Sun and Residue (by the date’s engineer André White) on After You’ve Gone. It makes good sense for such themes to be presented by a pair of tenors, who also come together on the blues Pat And Mike. Both were once presumably influenced by the likes of Zoot Sims, an approach each has since considerably expanded, as made clear in each invigorating round of solos.

For all their lighter impact, the quartet tracks do not suffer by comparison; these include Mangoes, the one song brought in from outside. Waltzes and Latin beats dominate with Amanda Tosoff, who generally takes the lead, getting the balance between inventiveness and restraint right every time. The same goes for solos by Reg Schwager and Whiteman himself.

Along with the pairing of tenors and the use of chords adapted from standards, another nod to the bebop tradition is evoked by the title Selohssa, described as a political protest song. Try it in reverse.

Brian Morton - 13 February 2020
The group was formed in Tel Aviv about 20 years ago, with saxophonist Alon Farber and drummer Dani Benedikt, both Berklee alumni, as the prime movers. They’re an amazing...