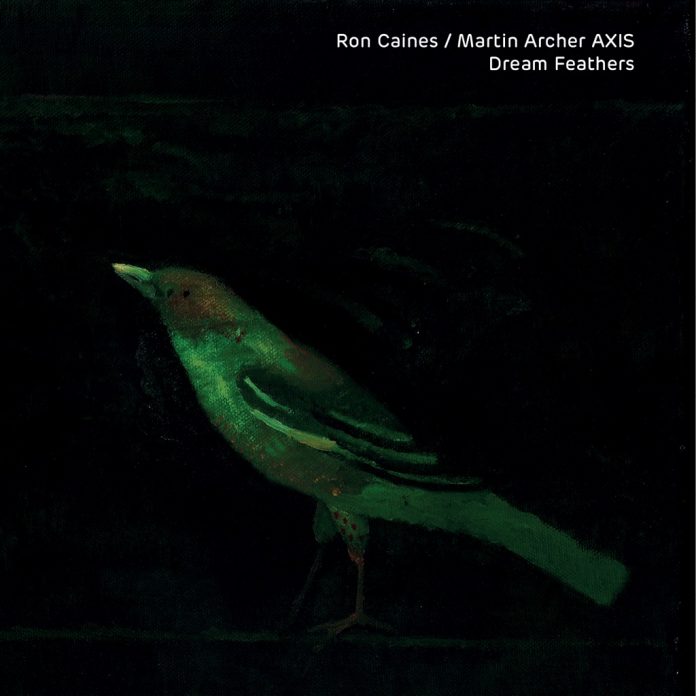 I was surprised to learn, and not in a good way, that a year has passed since I last reviewed an album by these artists, but the surprise was more than compensated by the fact that this second album is now with us.

If a third arrives at the same time next year then the surprise will take on a depth of positive pleasure, for what we have here is musical business of an order than can’t realistically be incorporated within the increasingly heavily populated modern mainstream, while the reactions it provokes equally fall well outside of the usual epithets. Harmonix has about it a restless air, though not of the order which suggests nothing other than musicians striving for effect and (at best) achieving only a small measure of it.

I don’t know if Nico is dedicated to the still deeply enigmatic chanteuse, but whether it is or not is irrelevant as it documents Caines at his most animated on alto sax. In that earlier review I did make the point that there was some overlap between Caines and the late Arthur Blythe, so it’s no bad thing to make it known that here the debt is even less pronounced. We have music that makes few if any concessions to mainstream taste, and inevitably makes demands of the listener that, in recorded terms at least, are far from common in this era.

Scratch Line makes that point with interest, while the concluding Almazon / 1934 Reprise is “far out” enough to evoke Marion Brown’s inscrutable soundscaping for the Impulse and ECM labels. In short, and in common with that element of that past master’s output, here there’s music that offers ample rewards for those cussed enough to get to grips with it.

Leon Nock - 13 February 2020
There is some fascinating jazz stuff here, not least in the personnel. Fans of early jazz, for example, will be pleased to see Changes, by the Paul Whiteman orchestra,...