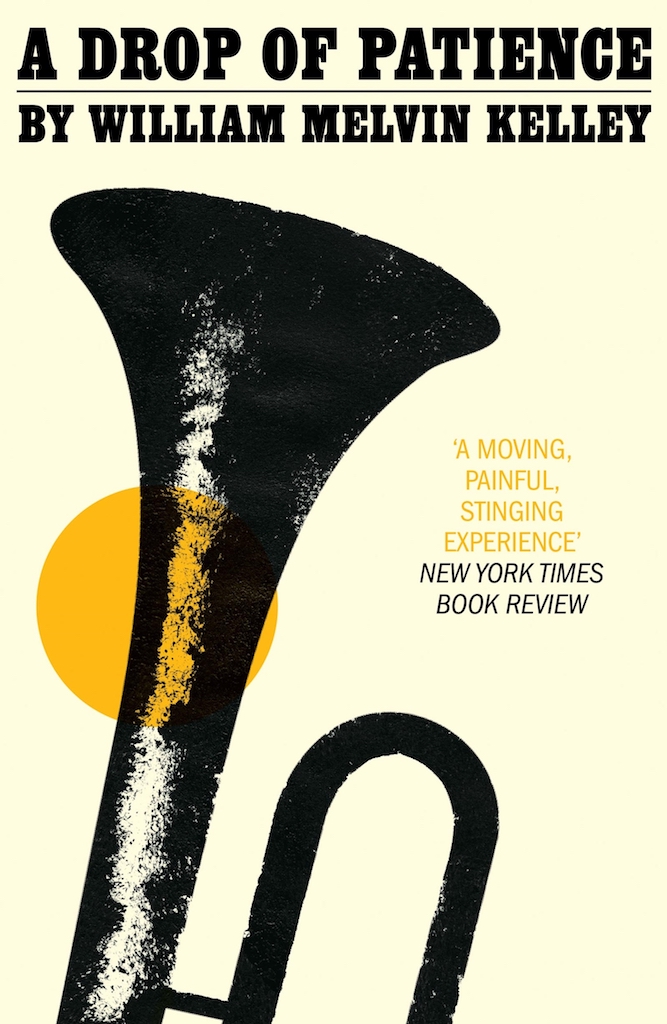 The African-American novelist and story writer William Melvin Kelley Jr. (1937-2017) was born on Staten Island, and grew up in a working class and mainly Italian section of the Bronx. In the 1920s and early 30s his father had been editor of The Amsterdam News, a weekly black newspaper.

Kelley was educated in New York and in 1956 enrolled at Harvard with the intention of becoming a lawyer and aiding the emerging civil rights movement. But although his reading comprehension was excellent, he read twice as slowly as the average student. Switching to English Studies, he benefited from the instruction of the authors Archibald MacLeish and John Hawkes, and won an award for his short story The Poker Party.

Leaving Harvard without a degree, he published his first novel A Different Drummer (1962), which established his reputation as a writer and drew comparisons with William Faulkner, James Joyce and James Baldwin. Set in a mythical Southern state, it related the fortunes of a black farmer, Tucker Caliban, who poisoned his land, shot his animals, destroyed his house and with his pregnant wife and an infant child headed north, prompting the exodus of every black resident in the state. The New Yorker magazine declared it “a rare first novel that makes future ones seem inevitable and exciting”.

With the rise of black nationalism and the assassination of Malcolm X in 1965, Kelley began to explore (and deplore) the persistence of white racism and the continuing problems faced by African-Americans. A Drop Of Patience (the quote is from Othello), his second novel published in 1965, charts the experiences of Ludlow Washington, a blind African-American jazz musician, alienated from the larger society by his blindness, despised race and doubtful occupation.

Accompanied by his wife, Kelley walked around New York City pretending to be blind in order to discover how a blind person experiences the world. He recalled: “I would keep my eyes closed and listen to the sounds of the subway. I used to think that there was only one loud sound in the subway. But I could hear three or four different sounds”. The other “sound” that the fictive Ludlow embraces is jazz.

Despite critic Stanley Crouch’s inflated claim that A Drop Of Patience is one of the best novels ever written about jazz, there is little in it to substantiate his assertion

At the age of five and abandoned by his father, Ludlow is incarcerated in a brutal state home, somewhere in the South. He learns the piano, but later takes up the trumpet (throughout the novel it is called his “horn”, “instrument” or “a twisted metal tube encrusted with smooth buttons”). At the age of 15 he is placed in the custody of a martinet band leader, but eventually moves from Boone’s Cafe, a small club in “New Marsails”, and goes to New York, where he rapidly becomes a leading jazz modernist.

Despite critic Stanley Crouch’s inflated claim that A Drop Of Patience is one of the best novels ever written about jazz, there is little in it to substantiate his assertion. Nowhere does Kelley amplify or even identify the kind of “jazz” that Washington performs. In an “Interview” Ludlow recalls “I don’t think I invented it [“modern jazz”] alone. I mean, a lot of us did it. We all sat up in Harlem and put the new stuff together”. Surprisingly, he also asserts that after World War II “The New Music, as it was called, had now caught on, and people all over the country wanted to hear it played by those who had done the most to create it”.

Most of the story concerns Ludlow’s remarkable ability to “read” a person’s face (and character) by exploring it with his fingers, and offers detailed descriptions of his sexual and emotional relationships with a black woman (Etta-Sue) and a white mistress (Ragan) both of whom bore him a child, a brief affair with a young white college student (Harriet), his nervous breakdown and slow recovery. At the end of the story, Ludlow contemplates returning to the South and finding a church, “no more than a shack, with a congregation of twelve or so, without an organ to help their high, shaky voices carry the tunes of their hymns”. Such a place, he reflects, “would need a good musician”.

The reissue of A Drop Of Patience does little to enhance Kelley’s (deserved) recognition as an experimental African-American writer. Intended to reflect and refract the odyssey of the black experience from slavery to “freedom”, it has only trite and ambiguous references to jazz as the inspirational protest music of the 1950s and 60s. Stanley Crouch notwithstanding, Ralph Ellison’s Invisible Man (1952) remains one of the best “jazz novels” ever written. On a brighter note, in 2014 Kelley was officially credited by the Oxford English Dictionary with having coined the political term “woke”.

Bruce Crowther - 26 June 2021
Unusually for this fine singer, the set list on this, her sixth album, draws neither on the jazz repertoire nor the Great American Songbook. Instead, Judy Wexler has selected...