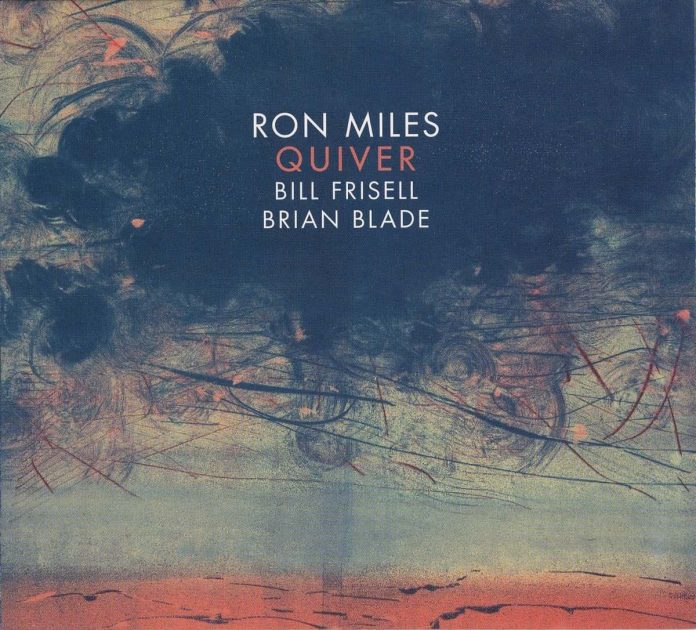 This includes the same personnel that supported Ron Miles on his I Am A Man album from 2016 and proceeds in similar fashion. Miles, who again wrote all the pieces, has clearly evolved his own approach when it comes to developing a tune in such a way that the usual round of theme followed by solos is not so much jettisoned as done in different ways. The blend internally seems stronger than on the previous album, with Bill Frisell in particular having more of a presence.

Among the elements crucial to the music’s success is the blending, often between two instruments with, say, Miles out front and one of the others commenting on what he plays or just filling gaps. You can get some idea from Average, a gentle waltz kicking off with guitar-piano interplay before trumpet takes over the theme. There’s a neat guitar-trumpet blend before the bass solo.

Frisell takes the first solo on Binder, a medium-tempo swinger, followed by Moran, who tries to avoid the usual piano lines. Eventually Miles eases in with guitar the main accompanist; he gets more frantic in his second chorus before giving way to a drum solo accompanied by the bass.

As an aside, was gently amused by the title This Old Man. Another Miles original, of course, so no hint of “knick knack paddy wack give a dog a bone”.

Brian Morton - 05 October 2019
Mr Katsenenelbogen will not, I hope, be offended if I say that 50 years ago in our business someone would have insisted he call himself Ernie Katz instead. We...