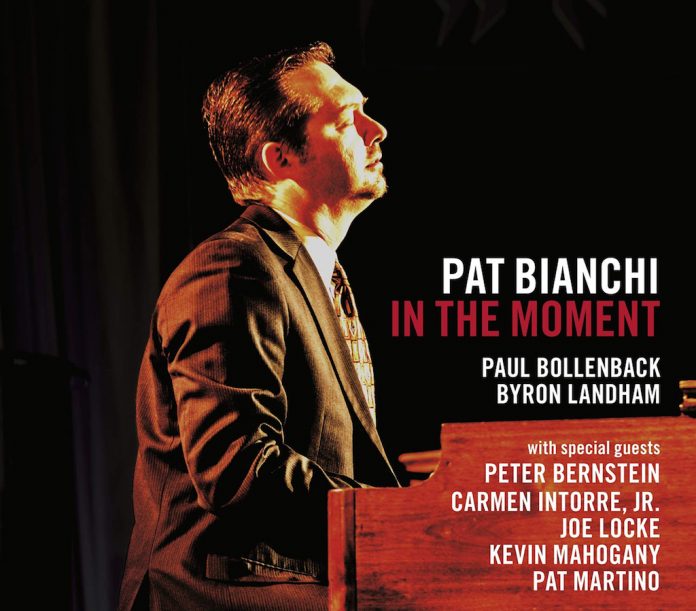 Album notes refer to Larry Young and to the fact the music is not what the scribe responsible calls a night at the chicken shack. Fair enough, and there are interesting comparisons with DeFrancesco who, as implied above, has a similar style but tends to edge closer to the bluesy tradition. Not that Bianchi is particularly far-out and a point in his favour is the choice of tunes, a couple of useful originals joined by those not heard that often or from outside the usual jazz repertory.

Of the three guitarists, Pat Martino appears on Mr. PM, written for him by Bianchi and a track to sample in that the mood is relatively relaxed. Another change of pace, the Billy Eckstine classic I Want To Talk About You features a suitably warm dollop of crooning from Kevin Mahogany, while it was a clever idea to replace guitars with the gifted Joe Locke to provide a touch more contrast.

Leon Nock - 11 May 2019
Every so often an album comes along that almost defies classification. It may be the playlist (when did you last pick up an album that featured Bei Mir Bist...