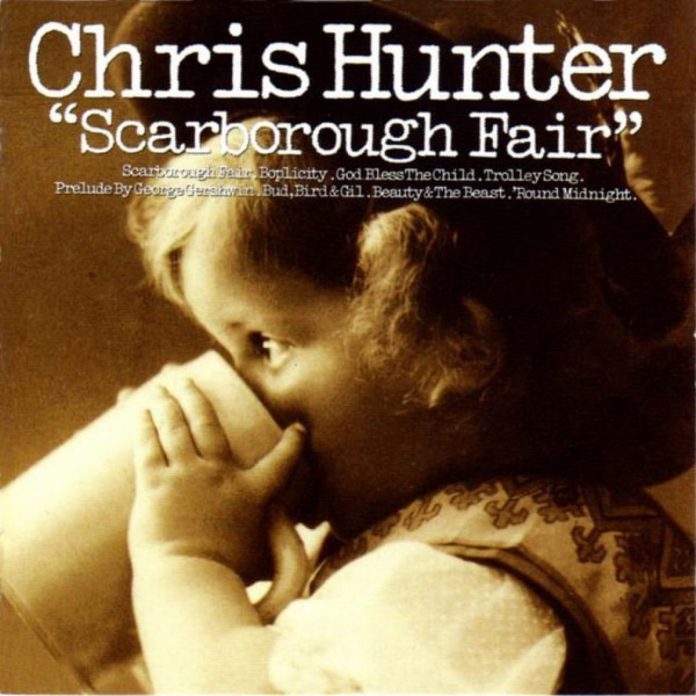 A jazz prodigy before it was fashionable to be such, Chris Hunter made his mark in London in the early 1980s with NYJO, Mike Westbrook and others be­fore the powerful David Sanborn tint in his playing brought him to the attention of Gil Evans and led to his emigration to New York in 1983.

This is his second Stateside outing as leader and finds him in a Birth Of The Cool small big band setting. Indeed, the group do a faithful cover of Boplicity which is distinguishable from the original mainly by virtue of the contrast between Konitz’s spot­less tone and Hunter’s heavily vo­calised blues style – a style which these days is in danger of sounding a bit quaint.

It’s interesting to hear Hunter tackling material from the stan­dard repertoire – something he disdained in his early years in favour of funk and fusion – and the band make a more than pass­able job of it, although the abs­ence of bebop idioms from Hunter’s garrulous solos proves him other than a Parker disciple.

However, one cannot but wonder what leads youngish men (Hun­ter is still in his early thirties) to reprise archive material without bringing particularly fresh pers­pectives to bear. This, together with recent developments and expansions in the saxophone vocabulary suggests that Chris Hunter, once at the front edge of modern mainstream alto playing, is spending a spell in the woodshed.

Valentina Addis - 30 April 2021
How can music originally released in 1961 appear to have even more power and resonance in 2021? The answer is in the name: Nina Simone. In this reissue of Forbidden...