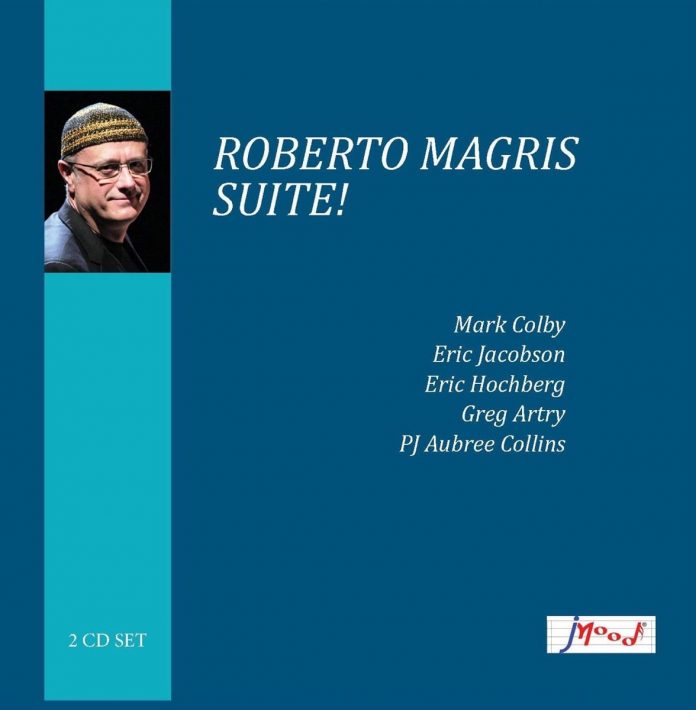 Magris continues on his warmly imperious way. There are few more exciting and satisfying composers around at the moment and it’s a measure of his gifts in that direction that he also chooses fascinating material to cover. This two CD set kicks off with a reading of In The Wake of Poseidon, which King Crimson fans will immediately recognise as one of Robert Fripp’s classics.

He closes the date with John Lennon’s Imagine, less promising material for a jazz group, one might have thought, but carried off with grace and imagination. He also covers the Santana-associated One With The Sun, with a few standards, including variations on Summertime, Too Young To Go Steady, and Never Let Me Go.

But it’s Magris’s own writing and arranging that really carries the day. His is a mid-Atlantic sensibility. He’s absolutely fluent in the blues-based American tradition, but his playing and his structural ideas bespeak a European sensibility. The two are never in contention but seem to co-exist warmly and always creatively.

The band he has assembled for this one are not always the most individual and certainly not idiosyncratic, but they play the music, rather than asserting themselves and that’s what these charts call for.

A Message For A World To Come and The Island Of Nowhere are striking examples of what Magris is about. There’s a stout humanism to his imagination. He’s too chastened to be a utopian, but it’s hard to come away from this fine record anything but uplifted.

Another singer new to me, Sarah Thorpe is resident in France and here is joined by musicians mainly, I think, visiting from America. Thorpe’s...

Greatly admired and much in demand by his contemporaries, the pianist Harold Mabern was a witty, affable and articulate individual. On a memorable evening...

Change The Guard*One regret that continually emerges in jazz society discussions is that the JATP circus should have come to an end and also,...

He’s absolutely fluent in the blues-based American tradition, but his playing and his structural ideas bespeak a European sensibility. The two are never in contention but seem to co-exist warmly and always creatively.Brian MortonRoberto Magris: Suite!
Advertisement