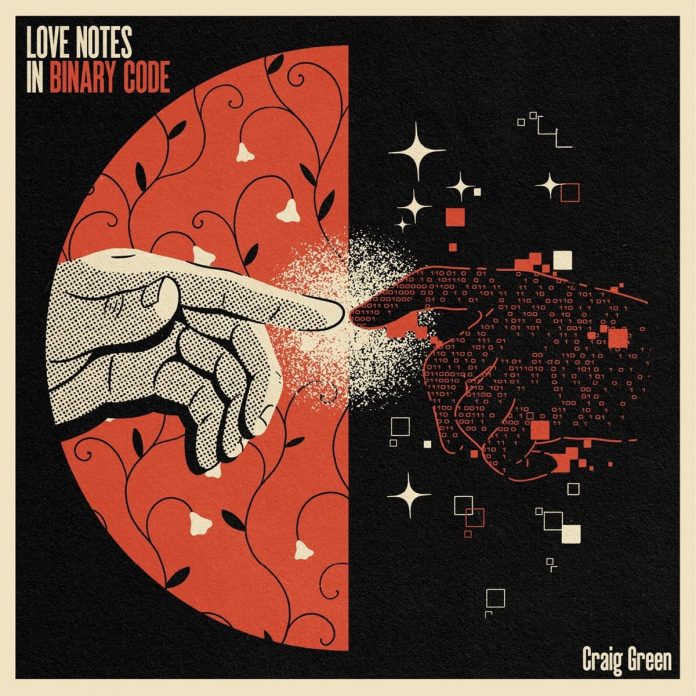 This couldn’t have been a moment longer and preserved its fragile beauty. If 25 minutes sounds like short commons, it’s pretty much perfect and would that a few more artists would see the virtue of going back to LP durations, even if they don’t want the fuss of vinyl.

Green comes from the same approximate sound-world as Derek Bailey but his music has greater obvious connection to world events and conditions. His theme here is the state of our ability to communicate meaningfully with one another. Ostensibly, it’s never been easier or better, but in a world of sexting, catfishing, ghosting, trolling and the rest (I speak without authority or direct experience, though I got a hilariously unintended double entendre in an e-mail from an overseas student yesterday), one wonders if it’s all it’s cracked up to be. And Green’s music captures that perfectly. These are like little Dowland studies for the cyber age, sweetly melancholic meditations on where and who we are now and what matters to us.

Though it’s largely improvised, there are pre-composed elements, which are neither obvious nor hidden, just a sense that there is a controlling logic and trajectory for each piece. It falls into two long and two very short tracks, but the balance is fine and Self Portrait In 3 Filters and You Don’t Reply Anymore don’t need to be any longer than they are. Their miniaturism is part of the message.

I wondered briefly what Deamer brought to the proceedings, but it wouldn’t have worked without him. Probably better known for his rock and post-rock work on the Bristol scene (Portishead, but also Hawkwind and Radiohead), he provides a steady accompaniment and often helps to give the piece some form. It’s a lovely little set, likely to be of interest to anyone already hip to Discus’s genre-defying catalogue but also anyone interested in the extension of jazz and improv procedures into other realms of music.

This is (largely) not the Jacob Young that many listeners will know from his three sparely reflective ECM albums Evening Falls, Sideways and Forever...

You know that thing when your desk gets so cluttered that if you slide something more onto the front something falls off the back...

Born in London in 1947 but for many years domiciled in Brighton and Hove, Geoff Hearn (ts, ss, bar, f) is a major figure...

Offhand, I can't think of any Barber recording that I actually dislike. Always, with Chris, there is a light, attractive swing, and the airy...

It’s a lovely little set, likely to be of interest to anyone already hip to Discus’s genre-defying catalogue but also anyone interested in the extension of jazz and improv procedures into other realms of musicBrian MortonCraig Green: Love Notes In Binary Code
Advertisement