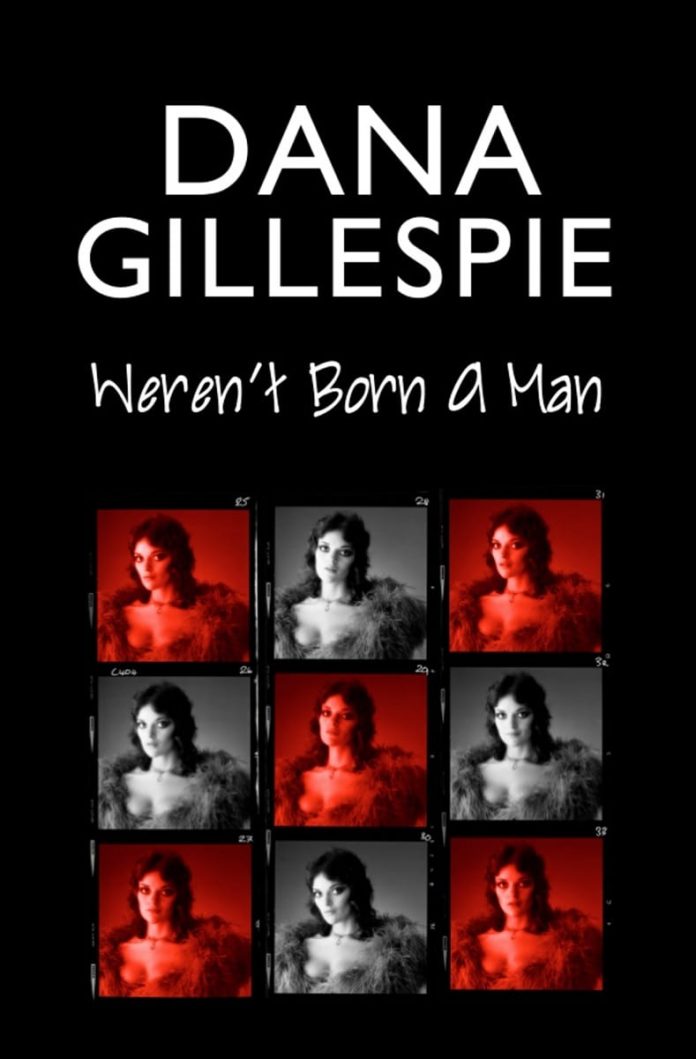 If anyone has a stronger claim to being a missing link between David Bowie and Bessie Smith than Dana Gillespie then I don’t know of them. She was a close personal friend of the former at a time when their commercial fortunes were not at their highest, while the latter’s a spiritual link in matters both musical and otherwise.

The name checks don’t stop there, not least because by his own admission she was the individual who cured Sir Elton John of his shyness, but such checks risk deflecting attention away from a woman who’s met both success and failure with equal aplomb, and shown both imposters a clean pair of heels, as this book reveals.

Born into a relatively privileged yet secularly non-conformist background, from an early age Gillespie has pursued her own mercurial muse, which has been flexible enough to incorporate being offered a management and recording contract by Giorgio Gomelski at the age of 15.

If a criticism can be levelled against this book it would be (for this writer at least) that she offers very little to no insight into the workings of the music industry in an era when female artists up to and including those willing to do as they were told were not treated with respect or consideration.

Her analysis of her association with Tony Defries does however counteract that somewhat, as it leaves the reader in no doubt as to why she valued his attention as a manager who didn’t talk nonsense and similarly didn’t drink or get stoned in an era when at least two of those qualities were in some quarters woven tightly into the fabric of everyday life.

The book’s lavish pictorial coverage discloses a portrait of a woman so admirably at ease in her life that the parade of accompanying famous faces and events is a passing show, an accumulation of details which supplement that portrait as opposed to distracting from it. In the midst of her artistry, which is of the order that never loses sight of the need to make a living, her love for the blues is perhaps surprisingly the element that prevails, and to the point where the delicious irony of being the co-founder of a blues festival on the island of Mustique, which raised funds for a charitable educational scholarships trust, seems to summarise as much as anything Gillespie’s lust for life and whatever it might bring, within reason. Indeed that lust is so admirable that the world would be a better place if it was a lot more common than it is.