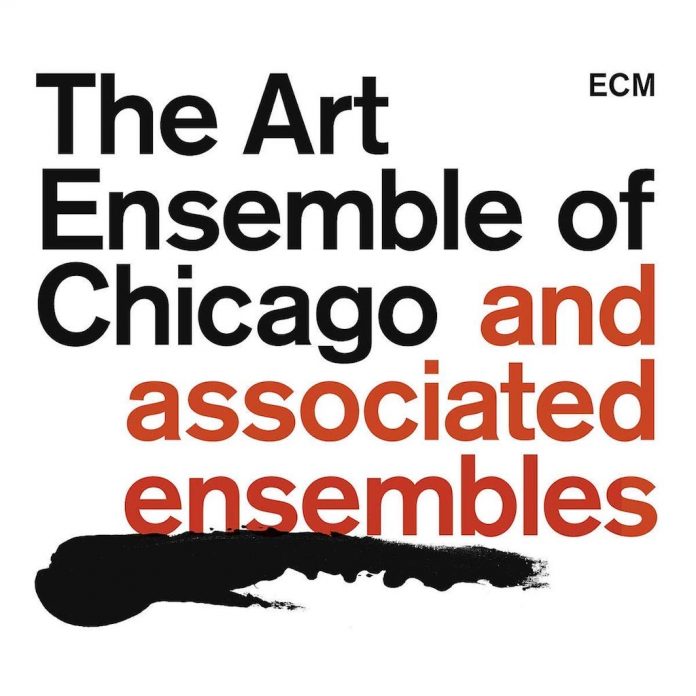 The Art Ensemble and ECM both celebrate a half-centenary in 2019 and this astonishing set – 18 albums, 21 discs), plus lavish booklet – is a monument to both, and to their respective, sometimes reciprocal contribution to modern music.

You might argue that some of the AEOC’s most important recordings were made for other labels. You might argue, as Richard Cook did on occasion, that the Ensemble was a prison for the singular gifts of Joseph Jarman and of Roscoe Mitchell in particular, and that the group was excessively dominated by the more extravagant performative instincts of Famoudou Don Moye, Malachi Favors Mahgostut and Lester Bowie.

Richard didn’t live long enough to see some of Mitchell’s most complex conceptions worked out in hinterland ensembles like the Note Factory and Transatlantic Art Ensemble, but he acknowledged the Ensemble’s status as one of the great academies of modern (which is to say: ancient) jazz, and he was a great fan of Bowie’s Brass Fantasy.

There is an embarrassment of riches here. As said, some of the great AEOC albums fall outside ECM’s remit. I’d trade Tutankhamun, Certain Blacks and Bap-Tizum (that’s more or less at random) for any of the ECM releases, but only at a personal level. What Manfred Eicher gave to the group was not just a new sonic accuracy, but a sense that behind the masks and the make-up, behind the sometimes impenetrable acting out of griot roles there was a group of formidable control and discipline.

I once spent a difficult hour in Richard’s company trying to persuade a small group of students that there were important and useful parallels between the Art Ensemble and the Modern Jazz Quartet, not least in the ways they presented themselves on the platform. What we got, interestingly, was resistance to both, and a kind of snobbish and ethnoculturally right-on insistence that it was the business of African-American musicians to address both negritude and the godhead in more direct ways. The sheer fullness of the AEOC and MJQ catalogues was another obstacle; students don’t like a long “reading list”.

I must say I gulped as I put on the first of these, which was also the last: Jack DeJohnette’s AACM-referencing Made in Chicago, on which I’d spent scant time on its first release. So my course through these astonishing sets was chronologically backwards, an approach I might recommend to anyone who wants to get a clear sense of how the Art Ensemble reshaped modern jazz and related musics.

There are obvious punctuation points along the way. Bowie’s “avant-pop” with Brass Fantasy remains an unalloyed delight, his companions’ tribute to him after his sudden death in 1999 an obviously sombre one; the associations with Leo Smith, Evan Parker and DeJohnette equally obviously important in the musical sense. Notice that Mitchell’s first ECM entry after Lester’s death is the not-very-pointy-headed sounding Nine to Get Ready and not Composition/Improvisation Nos 1, 2, 3; generalisations fall down when it comes to the AEOC and its members.

The important thing is that this box, should you invest in it, mustn’t be left on the shelf as a fetish object or souvenir. Its matte white outers should soon be as well-used and stained as a favourite cookbook. This is, after all, a generation’s musical soul-food, from the men who first cooked it up.

Elliot Marlow-Stevens - 08 March 2021
Canadian jazz musician Peter Leitch has recorded and performed with an array of well-known names, such as Oscar Peterson and Milt Jackson, as well as leading on over a...