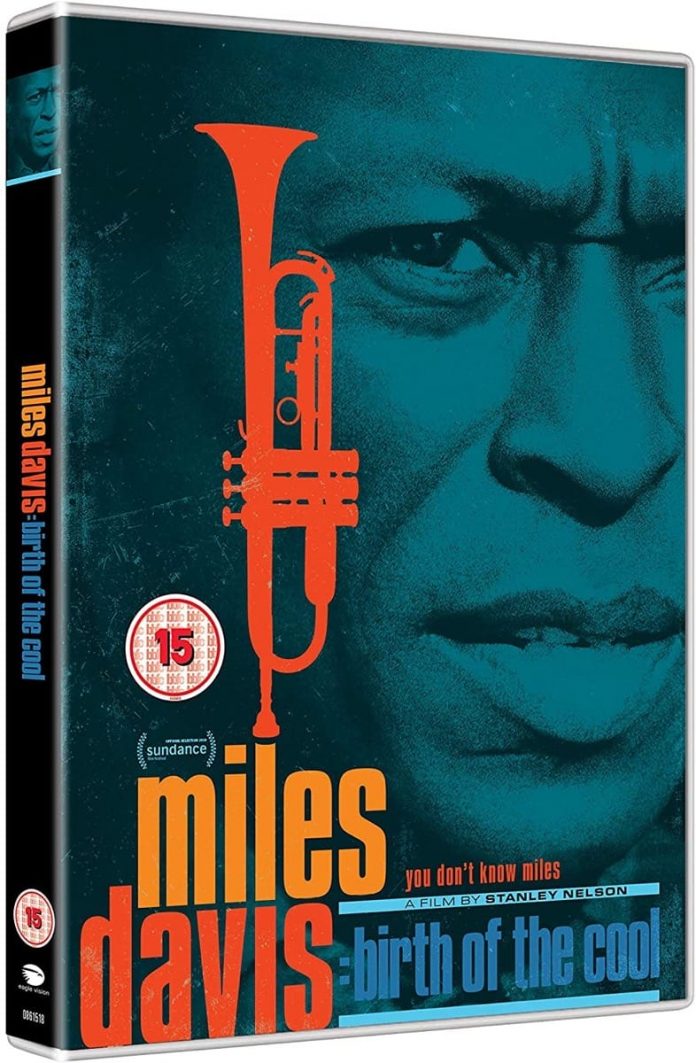 Stanley Nelson’s bio-doc of Miles Davis (reviewed in theatrical form in February) not only takes its title from the name of one of the trumpeter’s famous albums but also suggests that no-one before Davis in jazz was hip. But Cab Calloway was hip. Lester Young was more hip than Calloway. As a contemporary just nine years his senior, Dizzy Gillespie, like Young, gave hip a look.

The term “cool”, thought of as unruffled or laidback or invincibly sophisticated, often seems difficult to apply to Davis, whose life was a series of musical peaks and personal nosedives. He was cool later on, wearing sharp suits and at the wheel of a Ferrari or Lamborghini, and with homes in New York and Malibu. But in contemporary jazz, particularly for black musicians, the high life was rarely accessible, less so than it had been for the leaders of 1930s swing bands, who were prominently white.

For the writer Stanley Crouch, the later Davis, surrounded by serious wattage and strolling about the bandstand dressed like an off-the-wall Scaramouche, was a turn-off; for others too. Nelson charts the rises and falls of a problematic character levered to a standing position time and again by the need to create and to create anew.

Davis’s life had a louring quality that Nelson couldn’t avoid even if he’d wanted to match biography with hagiography. Last year, East St Louis, Illinois, Davis’s birthplace, was the most dangerous city in America, with homicides averaging 96 for every 100,000 citizens. It was pretty bad when he joined the world in 1926. His dentist father knocked his mother about, in the same way as Davis was to floor his wife, Frances Taylor Davis, when cocaine, alcohol and jealousy (involving a remark about Quincy Jones’s good looks) proved explosive. As the former dancer and actor admitted, it wouldn’t be the first time. Davis withdrew her from the original cast of West Side Story, not wanting two celebs in the family; there would be no career for her while there was cooking to be done at home for Miles and their kids.

Though born to middle-class parents – his father owned a farm – Davis was marked for constant embattlement with Jim Crow like every other black American. Black lives mattered then as they do now, but you might have tried telling that to the white cop who attacked Davis when he refused to move while smoking a cigarette outside Birdland in New York. It was a defining moment, as biographers say, and as Davis himself said, in the personal life of a musician who risked disapproval throughout his life. Davis could never be sure if there would be an audience for the original material he was trying out, especially among admirers of the music he’d tried out and was leaving behind.

All the foregoing and more are well known. The fresh reminders in the film include the high regard in which Davis was held by everyone interviewed, even bassist Ron Carter, who bowed out of the story to which he contributed so much after refusing to play electric bass. There are comments from Davis’s children, musical collaborators, lovers (Juliette Greco) and other jazz musicians, including Herbie Hancock, Wayne Shorter, Mike Stern, Jimmy Cobb, Jimmy Heath, Carlos Santana and Archie Shepp (dismissed by Miles as “Archie who?” when he asked to sit in with the band).

Nelson had access to around 4,000 photographs as well as 16mm film footage taken by Davis’s close friend Corky McCoy, who bought a home-movie camera and took a course in how to use it. The grainy opening sequence of a nimble Davis shadow boxing in the ring has echoes of both Jack Johnson (plus Davis’s tribute album to the black boxer), and of the slow-mo reveal of Robert de Niro as Jake LaMotta in Martin Scorsese’s film Raging Bull. For LaMotta, a white man, the violence that won him fame as a fighter ruined his life outside boxing. Later, the reverse operated for Miles, life outside music – drug addiction and illness – weakened his playing. Once lithe, he became thin and sunken of cheek, like his trumpet sound, its heyday glowingly described and attributed by George Wein to the way Davis “put the bell of his horn right into the microphone and changed the whole world of jazz” with what Crouch describes as a sound of “heroic intimacy”.

As a document, the two-hour DVD is a fact-packed work of art, its interviews with musicians and Davis experts clipped, its montages breathlessly firestormed, and many of its moments priceless. It covers ground as thrillingly as Davis did at the wheel of one of his Italian jobs. The shadow-boxing clip is matched by the episode in which he’s fitted for a suit and the one where he improvises the soundtrack for Louis Malle’s Ascenseur Pour L’Echafaud by watching a perambulating Jeanne Moreau as the film is projected in front of him.

Throughout, Davis’s rasping – the lasting result of surgery – is voiced off-screen by the actor Carl Lumbly, his often dark and turbulent persona caught in a myriad of photographs old and new, and his landmark music constant reference points. Davis’s manager, Mark Rothbaum, suggests that the trumpeter’s inactivity for the five years from 1975 might be explained by poor health and the resort to pain-killing “self-medication”. There’s no “might” about it. Davis’s self-destructive tendencies and boorishness were always being weighed by others against the innovations, which made him and them smile or adopt expressions of eye-shut ecstasy. There are plenty of shots of Davis smiling.

Crouch may not have warmed to the music on the second disc, which follows Davis and his bands at the Montreux Jazz Festival in 1973, 1984 and 1985. All the tracks have appeared before in a box set charting Davis’s appearances at the festival between 1973 and 1991, the year he died. The choice here seems arbitrary and complements the biog only in dovetailing with the time Davis had plugged his bands into the mains. All the compositions are by Davis. For Crouch and others, his best work had been done, and one could see their point if only we didn’t know that Miles was always ahead of us.

The first and only track from 1973 is Ife, named after the daughter of the band’s percussionist, James Mtume. It’s a mesmeric drift motivated by a simple repeated figure on Michael Henderson’s bass and punctuated by Davis’s wah-wah trumpet cries and dissonant organ chords, with Dave Liebman on flute and soprano sax recalling a time and a style less electrified. By 1984 Bob Berg had replaced Liebman and is doubling keyboards, with John Scofield’s magisterial guitar replacing those of Pete Cosey and Reggie Lucas. There are four tracks: Davis plays a long introduction on Star People for what turns out to be a bluesy Scofield feature; Berg and Foster wind things up on It Gets Better following another, more desultory and self-absorbed Davis lead-in; Hopscotch: Star On Cicely proceeds at a lick and Davis goads with sharp blasts and organ jabs; Lake Geneva is short and catchy.

Star People and Hopscotch are repeated for the 1985 selection, which is a lighter affair, Davis having jettisoned his previous year’s wacky clothes – made by a designer forced on pain of death to use up what looks like a hundred yards of superfluous denim – for a beachwear shirt and less baggy trousers. In both years, Berg and Scofield are smart-casual models of sobriety and bring an earthier feel to the proceedings, in which the last track has a super but short-lived bass-percussion duo by Darryl Jones and Steve Thornton.

Agile Experiments: Alive In The Empire

Brian Morton - 08 April 2020
That would be the Empire Bar in Hackney, in case you were thinking Dune or Star Wars or Jefferson Starship, though Agile Experiments would fit into those worlds just...