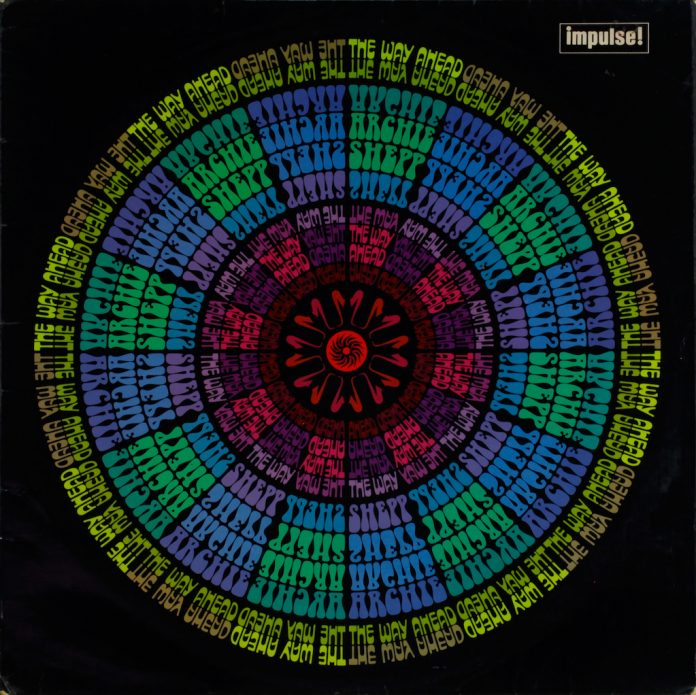 This is no hit-or-miss session and it offers four titles that underline the leader’s widely diversified talent. Damn is for ‘Shepp the blues player’ and is very relaxed. He is more soft centred than outstanding blues players like Parker or Coltrane but, here, rolls out blues choruses that are shapely and strongly traditional – only the overt tonal distortions establishing the tenorist’s unique personality.

Frankenstein is a Moncur original and strongly reflects the hand of a trombonist. He is now completely at home in this context and, during the contrapuntal passages, shows how much he has learned from Roswell Rudd. His carefully laid harmonies are vital to the group’s integration, yet never reduce the feeling of spontaneity. I suspect that at least some of Owen’s parts were written, certainly in the closing stages when his clean line stands out as pure counter-melody. Shepp’s contribution to this track is considerable and it again confirms his skill and feeling for modern polyphonic ensemble playing.

Fiesta is a typical Shepp composition, faintly reminiscent of Spooks (from the ‘Three For Shepp’ album by Marion Brown) and is built on the simplest of riff figures. A fine hypnotic mood is maintained and both Owens and Shepp solo with distinction.

Lady opens with a typical tenor cadenza before giving way to a gentle ballad performance. Duke’s beautiful Lady is treated with the respect her elegance demands and, although Shepp spends most of his time caressing her perfect lines, there are odd moments when an abrasive flurry ruffles her feathers.

The use of different drummers is a good idea and both are deployed to the best advantage. The more orthodox Haynes is used on the blues, with its known structural requirements, and the popular song with its tighter format. Harris, in contrast, provides his usual propulsive drive on the rhythmically more urgent items. This is a sensible policy and points both to Shepp’s sense of historical perspective and to his knowledge of what best suits his music.

His use of trumpeter Owens and the excellent Carter also illustrates how timeless his music has become. Neither are players associated with Shepp, yet they are completely at home with him. Their easy compatibility brings home the fact that Shepp’s music can no longer be termed experimental, in the non-empirical sense. This is just a well planned album, full of the best jazz qualities and offering music that will be enjoyed by listeners of nearly all persuasions.
Barry McRae