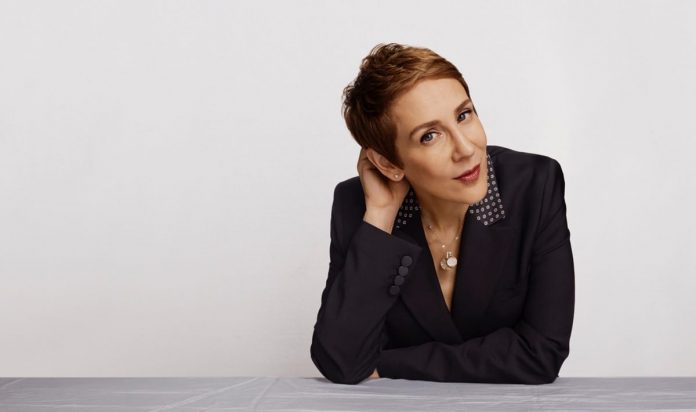 “I find it exhilarating that it’s so bare and so stark,” enthuses Stacey Kent of Songs From Other Places, her duo album with pianist Art Hirahara. “It’s really exposed, there’s nowhere to hide but that just feels so good. We love the format and really loved making the record.”

Kent’s admiration for Hirahara is unstinting. “Obviously he’s a jazz musician but he’s informed by so much other music and he just flows and has such a melodic, beautiful, creative way. We have this easy way of playing together and being a duet we were very free to just sing and play anything.”

The album tracks were chosen to, in some way, allude to freedom from the constraints necessitated by the Covid-19 pandemic. Such constraints, of course, impacted on the recording of the album, which was made with Kent at her home in Colorado and Hirahara at his in New York. “I live in such an out-of-the-way, rural place we have very bad internet so Art and I couldn’t play at the same time,” says Kent. “But he would record something and send it to me and we have such an innate understanding it’s very easy to just close my eyes and hear Art and sing along to him. But it also worked in the other direction: I sang certain things a cappella and he put his piano down to my singing.”

The album contains three songs co-composed by Kent’s husband-producer Jim Tomlinson and Nobel Prize in Literature-winning novelist Kazuo Ishiguro: I Wish I Could Go Travelling Again (which Kent originally recorded on her 2007 album Breakfast On The Morning Tram), Craigie Burn and Tango In Macao. Kent describes the pair’s songwriting approach: “Ishiguro writes the lyrics and sends it to us and I’ll record my voice just speaking it and Jim takes that to his studio and listens and comes up with the music.”

One might imagine that such a distinguished literary figure might refuse to allow a single word of his lyrics to be altered. “No, no,” insists Kent. “The songs are Ishiguro’s stories and I feel very privileged to be able to sing an Ishiguro story, but we talk about the details a lot. There’s a line in Craigie Burn and the three of us spent a long time deciding whether it should be ‘like a bird caught in flight’ or ‘like a bird caught mid-flight’ – [whether it would be better] having a word ending in n or d. So there are a lot of very detailed conversations.”

Tomlinson, listening in, comments: “What reads great on the page doesn’t always sing so easily so there’s always a back and forward process.”

Ishiguro himself is a musician, a guitarist. Does he have the freedom, I wonder, to make musical suggestions? ‘Everything is a conversation but he doesn’t tend to, no,’ says Kent

Ishiguro himself is a musician, a guitarist. Does he have the freedom, I wonder, to make musical suggestions? “Everything is a conversation but he doesn’t tend to, no,” says Kent.

“He’ll tell me if something could be bettered,” adds Tomlinson. “We push each other and work as a team and nudge each other in a good direction.”

Ishiguro’s lyrics are often wonderfully oblique, the precise meaning uncertain. Is Kent ever tempted to ask him exactly what he meant, in a particular song? “No,” she asserts. “I’m fairly good at allowing myself to be in that oblique place. I’m happy, not just in my music but in things I read or movies, to have something unexplained and just let it be what it is.”

Kent’s singing on the album is characteristically unhistrionic but, equally characteristically, her communication of the lyrics is exquisitely subtle and deeply expressive. “The song is definitely much more front and centre for me than my singing of it,” she avers. “I want to share the story with whoever’s listening. It’s as simple as that.”

Kent is renowned for her interpretations of Brazilian songs and Songs From Other Places includes the Antonio Carlos Jobim compositions Bonita and Imagina. “I’ve always been drawn to Brazilian music,” says Kent. “There’s something so soulful and human and real and earthy in the music that just appeals to my sensibility. It’s so emotional but often not dramatic.”

So admired is Kent in Brazil that in 2011 she was invited to perform at a huge outdoor concert to celebrate the 80th anniversary of the construction of the Cristo Redentor statue which overlooks Rio de Janeiro. “There were about a million people,” says Kent. “Jim and I were the only ones from outside Brazil to perform so it was a huge honour. That was really exciting.”

Surely though, I suggest, it must have been terrifying to perform in front of such a vast audience. “Once you play in front of a lot of people the number doesn’t matter,” she answers. “A big crowd is a big crowd. And in a sense there’s no pressure because everybody’s there for the same reason: you love music and you’re sharing in the music. I think I would feel much more pressure if I were an athlete and in front of a crowd trying to win a race. But there’s nothing competitive in music: you’re all there together.”

Songs From Other Places also includes a gorgeous version of The Beatles’ Blackbird, a song originally released on The White Album in 1968. Paul McCartney has on occasion explained that he was using the image of a blackbird to symbolise a black woman in the Civil Rights era, oppressed by the racial politics of the USA. Is that what Kent is thinking of, when she sings the song?

“I didn’t actually know that,” she admits. “I sing Blackbird because Art and I often talk about our love of The Beatles and it’s such a great song to sing and Art plays it so beautifully. That song is about flying and being free and I feel that message when I’m singing it. But everybody’s going to interpret a song from a slightly different angle because we all have different stories ourselves and different experiences, so I don’t overthink it.”

Tomlinson offers his own perspective on the song: “For me it resonated with what everybody’s been going through over the last couple of years, wanting to take your broken wing and learn to fly. It’s that feeling of optimism and the prospect of escape.”

Has Kent ever seen McCartney live? “I’ve never seen him in concert but he came to see us at Ronnie Scott’s! They sat him in the back at a little discreet booth. What he does is he slips out before the end [of gigs] because he doesn’t want to be bothered, I suppose, so just as I was announcing the encore he got up, moved down towards the front of the stage, gave me a wave and a nod and then walked out.”

Another song on the album by a rock artist is Landslide by Fleetwood Mac’s Stevie Nicks, which, as with I Wish I Could Go Travelling Again, Kent first recorded on Breakfast On The Morning Tram. “I grew up on Fleetwood Mac and they were a real influence and I love Landslide,” declares Kent. “Stevie Nicks wrote that in the Rocky Mountains when she was living there and up until a week ago I lived in the Rocky Mountains so the lyric’s really meaningful for me. I find myself at my most clear-headed when I hike the mountains. You can see your reflection. You can see everything. And so I love that song. And I’m all for re-recording songs. It’s fun to have different versions and I don’t want to just do a song once.”

Kent is aghast when I inquire whether she has set herself sales targets for the album. “I never ever think sales,” she insists. “I’m not going to lie to you that I don’t know the numbers because I do. I know we’ve gone platinum and double gold [with earlier albums] and Sony wrote to me when we hit 40 million streams of [2017’s] I Know I Dream. And of course that makes me feel good. I’ve been incredibly lucky: we’ve played in over 55 countries and sold a lot of records. But when I’m recording I’m never thinking ‘oh, let me sing that song because it will probably do well’. You have to sing what you want to sing and if I love a song I’m going to sing it. And when I close my eyes and open my mouth and send a song out into the air and it feels good to me then that’s as right as it gets.”

Gordon Jack - 13 January 2021
Acrobat has chronicled Charlie Barnet’s early career with Leapin’ At The Lincoln (Fabulous FABCD134) and The Charlie Barnet Collection 1935-47 (Fabulous FADC2039). This reissue takes us up to the...