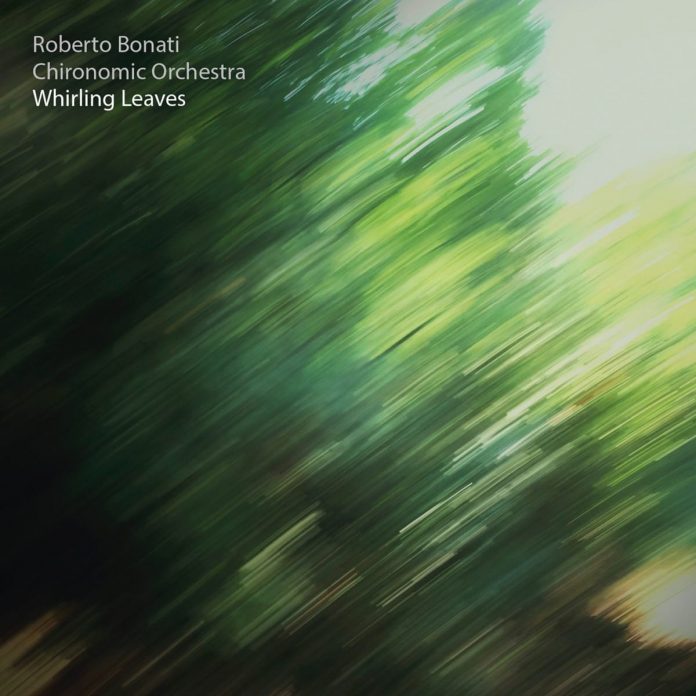 “Improvised chironomy” is Bonati’s term, respectful of copyright, for what Butch Morris called “conduction”. The word itself refers to the science of gesture. The concert documented on Whirling Leaves (it seems there is also a DVD) was given shortly after an edition of Morris’s book was presented at the ParmaJazz Frontiere, of which Bonati is the director. It consists of the very long title piece and a tiny encore, which could easily have been dispensed with.

The sound world isn’t obviously jazz. Bonati has experimented with early music and haiku, with literary projects and with solo improvisation as a bassist. His music is always capacious, free flowing and hauntingly beautiful and Whirling Leaves is perhaps his most successful large-group work to date.

Inspired by a short poetic text, the music seems to evoke the movement and also the susurration of leaves in an “autumn court”, a marvellously simple realisation of form that gives locus and logic to the playing. The blend of voices, horns and strings is distinctive and there’s a spaciousness to the recording which is as much about the players’ ability to use and respect each other’s position and role.

If you’ve never heard Bonati before, this maybe isn’t the place to start, though it captures his aesthetic very well. No bass playing from him this time, though there are four contrabasses in the ensemble. Try to catch his solo Vesper And Silence before tackling this or the previous Chironomic Orchestra disc Il Suono Improvviso.