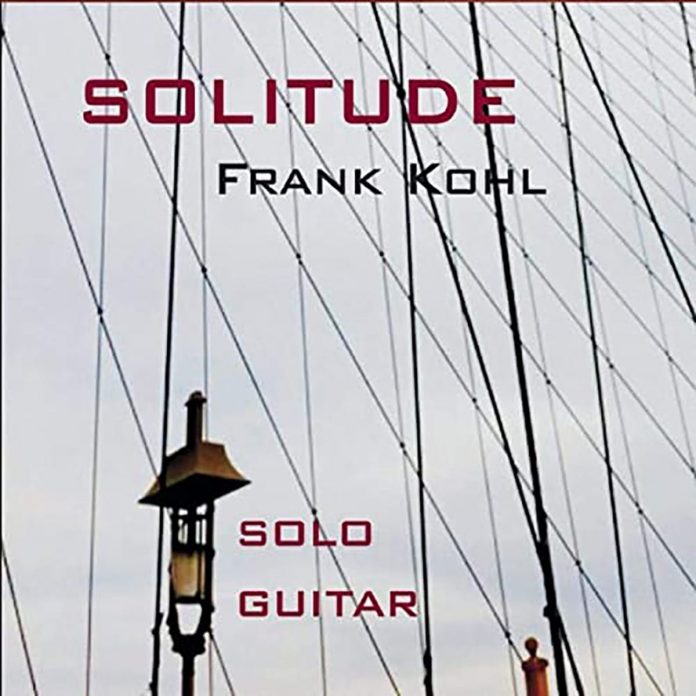 Only American jazz’s populous ranks or British provincialism or a combination of both can account for why we might not have heard much of Steve LaSpina, Lynn Christie and Linc Chamberland, let alone the guitarist featured on this solo album. The Seattle-based and long-serving Kohl has performed at the New York club Rapsins, a fact adduced in the liner notes to Solitude as a reason for his fame, since LaSpina and Chamberland have also played there. Bassist LaSpina, present on three Kohl albums, has played and recorded with Jim Hall, Pat Martino and Marian McPartland. Kohl’s last album, The Crossing, featured LaSpina and guitarist John Stowell, described in the notes as “an internationally recognised guitarist, clinician, and jazz innovator”.

It’s almost as if on this solo album Kohl has wrenched himself away from these other musicians in order to give himself air and finer definition. The playing on Solitude is assured and steeped in the sort of borrowings without which no jazz musician could aspire to originality. The imagination here is in his compositions; there are eight Kohl charts, all seemingly alluding to some personal and reflective state of mind.

That said, there is a uniformity of tempo and mood that for some may pall. Often the tune is buried in the solo guitarist’s usual stalking arpeggios and arabesques, such as on Dreams In Colour and I Got It Bad. The colour is chromatic, the improvisational progress deftly and richly woven, with a finely tuned harmonic sense. Alone Together seems like an extension of the preceding title track, but in A Call For Peace, the theme sees more of the light, as it does in Oscar Peterson’s City Lights and Jobim’s Once I Loved. But Fly Away doesn’t really take off in the sense of a change of speed or a gain in emotional height. The plaintiveness of Still Missing You, Alone Together (Jerome Kern), and In Your Arms, seem to speak to feelings that are almost private. That Kohl is willing to share them is to his musicianly credit.

Discography
Dreams In Colour; I Got It Bad; Imagine This; Solitude; Alone Together; A Call For Peace; Fly Away; Still Missing You; City Lights; In Your Arms; My Shining Hour; Wide Open; Once I Loved (50.31)
Kohl (g). Tacoma, Washington, 20 August 2020.
frankkohl.com