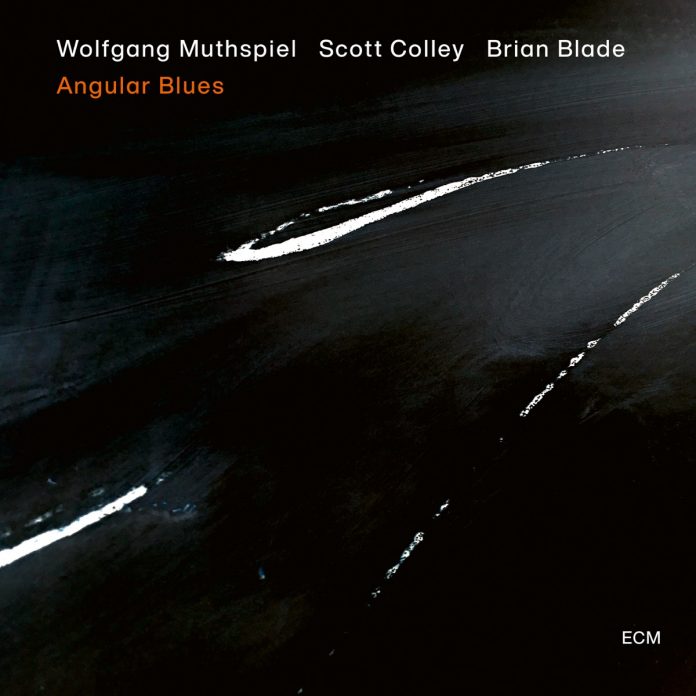 Muthspiel was indifferently served by major labels over the years and for a time the guitarist was putting out records on his own Material label. Recognition by ECM was overdue and this delicately beautiful set takes Muthspiel right back to the wonderful trio work he was doing with Marc Johnson and Bobby Battle on Real Book Stories around the millennium.

Colley and Blade are similar musicians, who complement the guitarist but have significant statements of their own to make and the drummer is among the most interesting around at the moment. His qualities of thoughtfulness and an almost spiritual intensity are in evidence throughout the disc.

There’s only one standard this time, a rather tacked-on I’ll Remember April that could easily have been dispensed with, for the writing and playing on the rest of the album is of the highest order. The title tune delivers pretty much what it says, except that it isn’t quite a blues at all, but something that Muthspiel has specialised in down the years, the slightly displaced melody. His compositions always have a ring of familiarity about them, but unplaceable, as if he were playing a known tune in an unusual way. It’s not a bad gift for a jazz player, which is what he unmistakably is.

Electric guitarists find it hard to keep strains of rock out of their work, even if they dial everything down. But Muthspiel has always managed it. His ability to play in awkward time signatures is sometimes counterproductive, but he manages here on Kanon In 6/8 and the following Solo In 5/4 to make them seem as natural and swinging as a basic four.

In some ways, it’s Colley and Blade who make the disc so successful. The bassist’s big singing tone is always lovely and Blade’s quiet accuracy should be studied by all young drummers. As a trio, they’re hard to beat.

The Dreyfus label has released at least 28 tribute albums to major icons of jazz history, with classic recordings remastered, and ranging in time span from...

Swiss guitarist Nicolas Meier is a musician of truly mind-bending eclecticism. As well as playing in jazz contexts he leads a metal band, he...

"His compositions always have a ring of familiarity about them, but unplaceable, as if he were playing a known tune in an unusual way. It’s not a bad gift for a jazz player, which is what he unmistakably is"Brian MortonWolfgang Muthspiel: Angular Blues
Advertisement