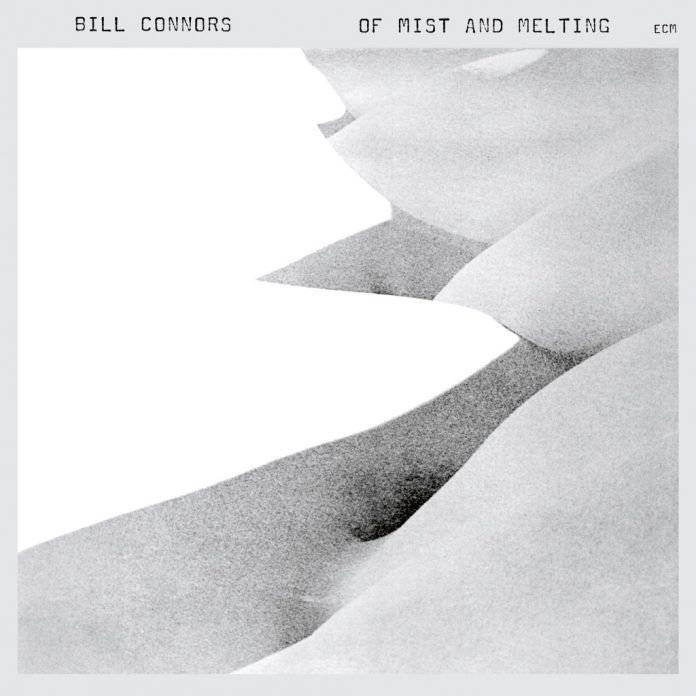 A radio producer asked me to recommend a “typical” (she did apologetic air-quotes as she said it) ECM track for a documentary we were making: “Typical, but not too obvious”. I brought in Of Mist And Melting because I’ve always loved it and had been playing it the night before. She looked a little puzzled during Jack DeJohnette’s torrential opening to the (almost) title track, but then smiled as the unmistakable sound of the man Iain Ballamy calls “Janny G” broke through. In the event, we used bits from Face In The Water and Aubade, two of the more filigreed tracks.

Connors had left Return To Forever in 1974, the year of his solo debut Theme To The Gaurdian which had seen him revert to an acoustic instrument as part of what he told me was a “re-learning” experience. He also confided that his decision to quit RTF had been largely down to Chick Corea’s control freakery and insistence on Scientological practices, which meant Connors rarely got to play the kind of solo he wanted to.

Chick must have listened to the ECM albums and wonder what he’d lost. Connors’ ability to blend a flamenco vibe with bop harmonics is extremely effective and often very moving, especially on the first three tracks. Aubade is dominated by Garbarek’s slightly shrill soprano over a militaristic drum figure from DeJohnette, who delivers one of his best performances ever for another leader on this disc: quite exceptional. Peacock, by contrast, is never quite part of things, sometimes sounding remote and uninvolved, sometimes impatient to make a mark.

The ECM connection ended in 1980 with the release of another solo acoustic set, Swimming With A Hole In My Body and nothing since (he has been on Pathfinder and Tone Center) has ever quite matched up to this or his other work with Garbarek on Places and the unofficially named Photo With Blue Sky, White Cloud, Wires, Windows And A Red Roof, which was made Of Mist And Melting.

Peter Gamble - 17 July 2020
This is the ninth album for multi-reedman Greene under his own name, the first coming in 1997, yet he remains an unfairly unsung talent whose post-bop stylings should appeal...