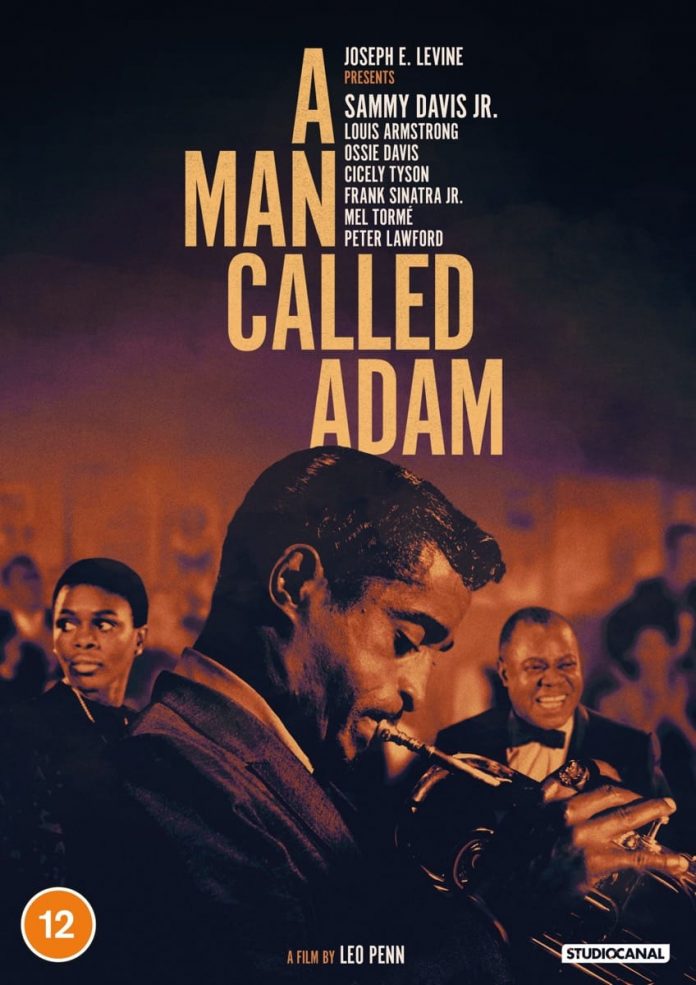 I imagine a film critic would find fault with a number of aspects of this film, but my responsibility is to assess what interest it may have for someone who likes jazz.

Sammy Davis Junior acts with expected aplomb as a jazz trumpeter who mimes quite effectively to solos recorded by Nat Adderley. Picture and sound synchronisation is rather more obviously lacking elsewhere, as in the only musical performance by Louis Armstrong (Back Of Town Blues – here on YouTube) and a single song by Mel Tormé.

Louis has an acting role as well – a competent enough performance as the grandfather of a young black female activist (Cicely Tyson) who falls for trumpeter Adam and must try to solve his problems. The first of these is a reluctance to compromise with audience philistinism and the second is guilt arising from a car accident which killed his wife and child. He had been the driver, affected by drinking which followed from a humiliating experience of racism on a tour down south.

Trumpeter Adam leaves and rejoins a band of friends which includes trombonist Kai Winding, who is the only white member until the film’s final stages when a young white trumpeting protégé of Adam’s is added for a very successful tour. That’s not the end of the film but I’ll leave the melodramatic finale to be discovered by potential viewers. (The young trumpeter is played by Frank Sinatra Junior who at times strikingly resembles his father.)

The style of jazz played by the band is what we once called “modern” and the portrayed enthusiasm of the audiences, whether in clubs or concert halls, seems to me implausible given the limited number of people to whom that style appeals and the fairly serious approach to listening which is typical of them.

The film is certainly unusual and a commentary provided as a “special feature” asserts that it was pioneering in terms of the dominance of black actors. Some of the dialogue seems stilted and possibly trying too hard to be authentic but my interest was held throughout and certain scenes had considerable dramatic impact. Whether anyone might want to watch it more than once is perhaps unlikely.

The press release adds the information that the film includes an interview with Radio 3 broadcaster and “jazz expert” Jumoké Fashola.

Andy Hamilton - 26 November 2021
Mycorrhiza is the symbiotic relationship between certain fungi and a plant's root system – the "wood-wide web" by which trees send each other nutrients and warn about predators, whether...