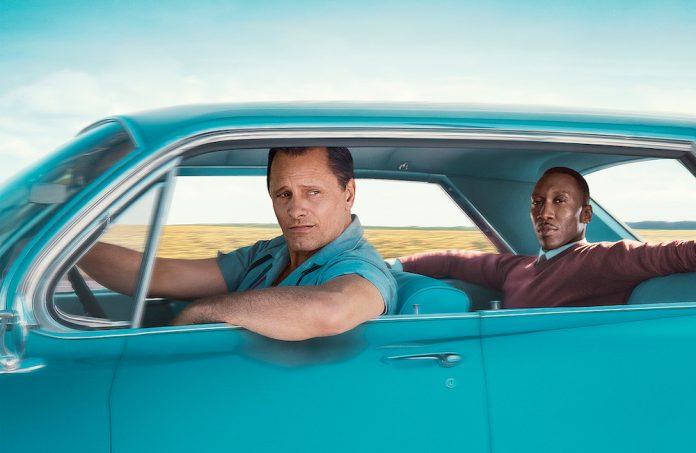 Fifty-six years after LBJ officially ended racial discrimination in the USA with the pen-stroke that signed the Civil Rights Act, the years immediately preceding February 1964 are still being mined by novelists, playwrights and film-makers and why not when there are such rich pickings on offer?

It’s probably only a matter of time before a philosopher argues that the conditions which produced a novel as exquisite as To Kill a Mockingbird were surely worth enduring – though this would undoubtedly be a Caucasian philosopher.

Green Book (in cinemas January 30) is the latest film to treat this emotive subject and although both racism and jazz are peripheral rather than central (the sequence towards the end when Dr Shirley, having walked out of a sold-out performance at a venue where he is not permitted to dine with the patrons, performs for free in a local roadhouse is worth the price of admission alone for jazz buffs) the film will, I feel, appeal to discerning palates from all walks of life.

At bottom it’s modelled on the tried and true saga of two disparate types thrown together by circumstances who, despite all the odds, forge a firm and ultimately unbreakable bond. In this case the unlikely duo are the highly cultured world-class concert pianist (Don Shirley, 1927-2013) who happens to be black, and an Italian-American whose career of choice is bouncer.

Committed by his recording company to an eight-week tour mostly in the Deep South (the year is 1962) the pianist engages the bouncer as chauffeur-cum-bodyguard, which is really all there is in the way of plot.

The title comes from the The Negro Motorist Green-Book that first appeared in 1936 and informed black entertainers where they could find food and shelter in the Deep South. Alas, this information failed to include hospitals and medical centres as Bessie Smith, the great blues singer, discovered in 1937 when she fell ill whilst touring the South: unable to locate a hospital that would treat “coloreds”, she died.

Mahershala Ali and Viggo Mortensen are outstanding as the two principal protagonists but the entire cast turn in excellent performances and the film is highly recommended.

Nigel Jarrett - 05 May 2020
Swiss minimalists Blaer don't so much come at you like a conventional jazz act as make beguiling sounds that arouse your curiosity. When first encountered on their latest album...