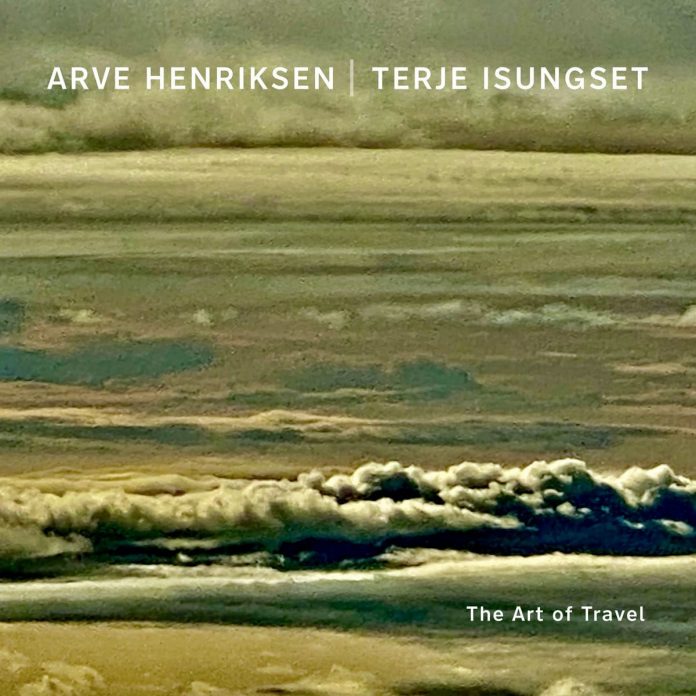 One of the many casualties of the last 12 months has been the notion that material progress is somehow on an inexorable march. International travel, once relatively commonplace, has been hit by global travel restrictions, forcing us to find new ways to connect with people and places. If recent experiences have accelerated a broader shift towards a more virtual world, The Art Of Travel is in many senses a response to that predicament.

Unlike World Of Glass (2015) or The Art Of Irrigation (2017), recorded on location in Tallinn and at a Norwegian fjord-side studio respectively, the current music was mixed at home following exchanges of ideas and sound files across the internet. Erik Truffaz and the presciently named Mexican electronica artist Fernando Corona (aka Murcof) had demonstrated the viability of this approach as early as 2006, but in 2020 the Bergen-based Isungset and Swedish-based Henriksen found that they had little choice but to work remotely.

While the album’s backstory is decidedly post-viral, the music is entirely in keeping with what we’ve come to expect from two of the most consummate soundscapers in contemporary music. Improvisation, texture and sonority remain at the core of each piece, and by adding a selection of field recordings from various locations across the globe, the music feels undeniably rooted in the physical world.

Henriksen’s backdrop on The Old Road Challenge is the hum of a power station in Oslo, and the effect is strangely reminiscent of the Aeolian harp on Jan Garbarek’s 1977 classic Dis. The Daydreamer Without Luggage weaves in sound recordings from Hajijio Island in Japan, and accompanied by the natural sound of running water, Isungset plays a selection of locally sourced woods and stones. To Arrive At The Final Destination pairs studio recordings of Henriksen from 2011 with Isungset’s ethereal glass instruments, while the gamelan-like Meet The Locals At Hajijio Island somewhat paradoxically draws on ambient sounds recorded at a Winnipeg ice hockey hall, and features Isungset’s trademark ice instruments.

Leading the listener through an evocative journey of the mind, The Art Of Travel overcomes all challenges and magically transcends its time and place.