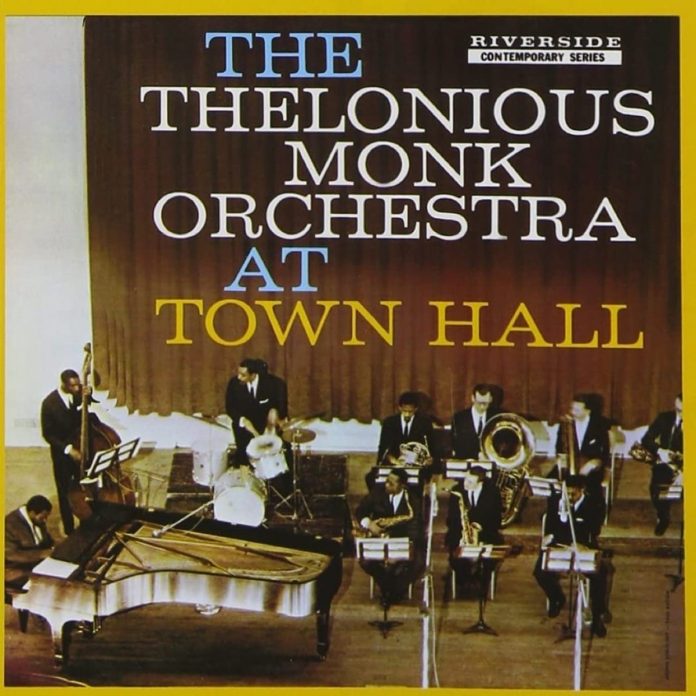 After listening to the Ornette Cole­man disc reviewed above this sounds like a slice of traditionalism! But Monk can get far out, too, and after adjusting my ears I should attach the warning: For Modernists Only.

This is the most satisfying Monk record (recorded “live” at a New York concert) I’ve heard. It is also the most exciting.

I don’t know quite what’s come over me but Monk’s wandering piano im­provisations now seem to make more sense and give me greater enjoyment. Or has the pianist finally “found” him­self?

But there’s more to this disc than Monk. All the soloists are first class, particularly Charlie Rouse, Pepper Adams and Donald Byrd. In fact, these performances confirm my belief that Byrd is one of the top half-dozen jazz trumpeters.

The arrangements (by Monk and Hall Overton) are outstanding and the num­bers stick in your mind long after the disc has stopped spinning.

This is Monk stretching himself out in an unusual setting – and it will re­pay careful listening. It will be included in my “Discs of the Year” list next time round.

Jazz Journal - 31 May 2022
The combination of two of the hardest-blowing tenorists in the business, backed up to the hilt by a constantly stimulating, beautifully integrated rhythm section turned out to be as...