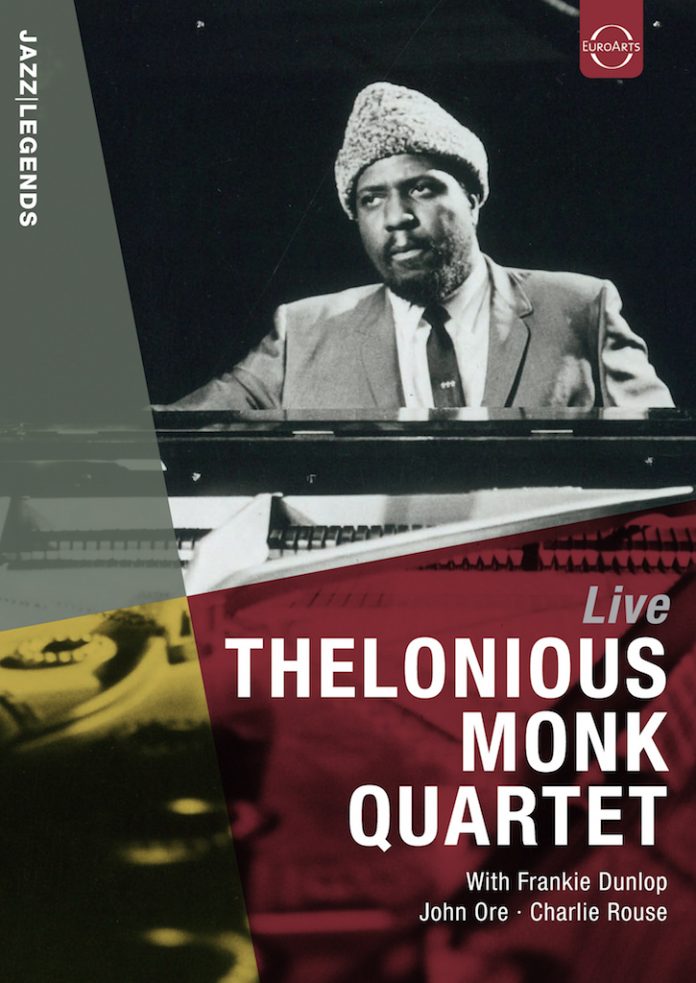 I saw Monk in concert three times: first with his quartet at Jazz Expo 69, then with the Giants of Jazz in 1971 and 1972. I had originally found his music hard to connect with. In my mid-teens I was coping easily with John Coltrane, Pharoah Sanders, Ornette Coleman and Archie Shepp, but I found Monk impenetrable, no doubt due to a combination of teenage shallowness and Monk’s profundity.

By the time I saw him in person he was one of the musicians I most admired, yet on each occasion I was disappointed. With the Giants this was partly due to poor sound, but there seemed to be a lot of uncreative tension or anxiety emanating from the stage. Monk was not in good health during this period, and he gave up performing in public for ever just a few months after the 1972 Giants tour. It is, therefore, pleasing to find him in fine form musically and looking quite happy and healthy on this DVD.

In the 60s many commentators began to dismiss Monk as a spent force. They accused the quartet of going through the motions, citing the tediously predictable rota of tenor-piano-bass-drum solos on the same old numbers, additionally accusing Rouse of being on autopilot. There was some truth in the former claim, though it hardly mattered if the solos were good. At this 1963 concert only Bright Mississippi (the least well-known of the tunes included here) has a solo by everybody. Otherwise only Rouse and Monk get a solo, except that Dunlop gets a long (4.22) unaccompanied spot after the opening number … Monk announces “Frankie Dunlop will play some drums for you”. And he does.

As for the criticisms of Rouse, I have always considered him an extremely effective foil for Monk, who presumably agreed, given that he kept him in the band for 11 years. Monk worked with some real giants, including Sonny Rollins, Coleman Hawkins, Johnny Griffin and Coltrane, but to my ears no-one got inside the essence of Monk’s music as thoroughly as Rouse, who adapted his style to fit better than any other hornman. Here he plays with spirit and conviction and the leader seems pleased with what he is doing … about 2m 30s into Rouse’s solo on Monk’s Dream, just as the tenorist seems to be bringing his improvisation to a resolution, Monk gets up and goes into one of his strange, stumbling dances next to Rouse, who refreshes the development of his extended solo. Monk then returns to the piano to construct the first of seven enjoyable and rewarding solos that evening. By the time they get to Mississippi he sounds positively exuberant and cheerful.

Brian Payne - 21 August 2020
When I first played this album I vaguely thought it to be just another troupe trying to emulate the sonic experimentalism of the late 60s/70s. But when I listened...