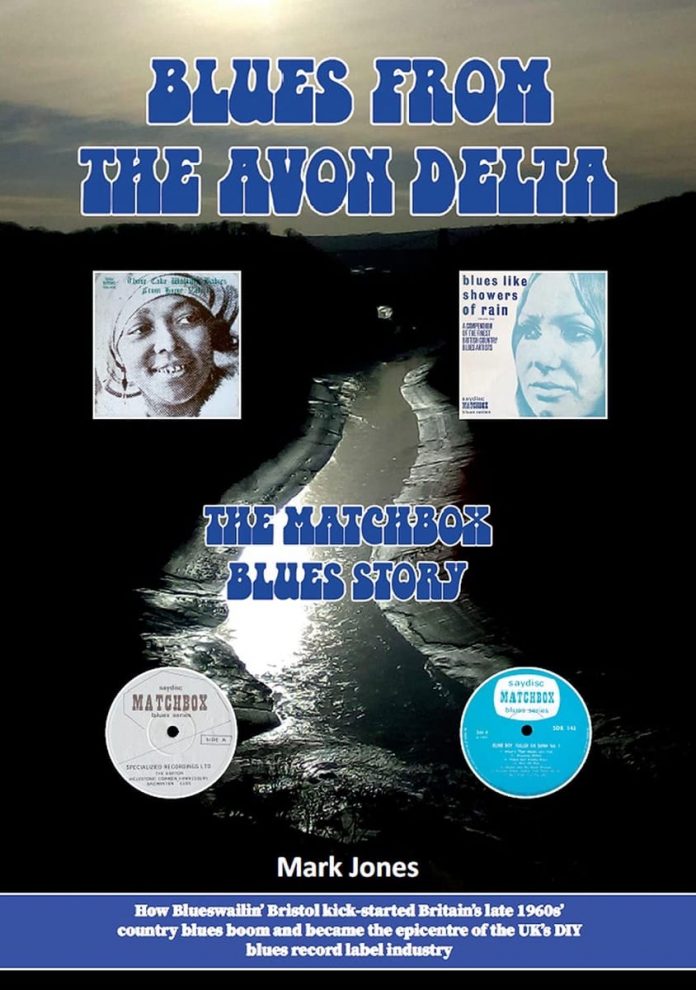 In 1967, Saydisc released its first country blues record, a seven-inch LP by local trio Ian Anderson, Alun Jones and Elliot Jackson. By 1986, it was helping three “pop-up” DIY blues labels – Sunflower, Kokomo and Highway 51 – to get to market. In 1968, Saydisc created the well-known and much respected Matchbox label with the objective of releasing material by contemporary British country blues artists as well as LPs of classic pre-war US country blues.

By 1968 the UK blues boom was in full swing, albeit with more attention given by the major labels to electric blues bands. In July 1968, Matchbox released the country blues album Blues Like Showers Of Rain to positive critical acclaim. It featured a collection of British artists including Dave Kelly, Mike Cooper Ian Anderson, Jo-Ann Kelly among others. John Peel played it on his Night Ride radio show and several of the artists showcased were subsequently invited to record BBC sessions.

The British blues phenomenon did eventually run out of steam and Matchbox folded in 1977. Thankfully, it returned in 1982 to concentrate on classic pre-WWII US blues and created the well-received Bluesmaster Series – which is still going strong today. This undertaking resulted in the release of 38 LPs and two double-LP sets. Many of these releases were transcribed from rare 78s (as frequently no better original source existed) or previously unreleased US Library of Congress recordings.

All in all, it is thought that Saydisc released over 100 blues albums between 1967 and 1987, as well as promoting home grown country-blues talent. In short it kickstarted the late 1960s country blues boom and made Bristol the epicentre of the UK’s DIY blues record label industry. No small achievement for a label that most music fans have never heard of and a fascinating story that continues today with digital reissues of the entire Bluesmaster Series of LPs.

This fascinating history of Saydisc is written and catalogued by music historian Mark Jones and a fine job he does. It is part book, part catalogue, part scrapbook and part memorabilia. The book contains information on every Saydisc-related blues record ever released (including track and artist listings) and images of all Saydisc’s blues record sleeves (including the Sunflower, Kokomo, Highway 51 and Ahura Mazda labels). There are also memorabilia from private collections and active input from those who were there.

The amount of detail is simply phenomenal. The book will appeal to all those with an active interest in the history of the British blues movement as well as those who lived and went to blues and folk clubs in the Bristol area at a time when it was probably the most important centre for homegrown country blues outside London.

It will also appeal strongly to those with musical interests on the other side of the Atlantic. Without the Matchbox label (and especially the Bluesmaster Series) many pre-war US country blues and gospel artists would simply have faded into obscurity. We would never have heard of blues musicians such Peg Leg Howell, St. Louise Bessie, Little Brother Montgomery and Blind Willie Davis. Nor would vast quantities of music from better-known artists such Blind Lemon Jefferson, Blind Willie McTell, Skip James, Big Bill Broonzy and Memphis Minnie be available commercially.

In many cases it has simply been a case of an artist or a piece of music surviving obscurity by a record collector having the last surviving 78 record from which Matchbox have revived a copy. The hard work involved in sourcing, compiling and cataloguing these blues collections is never fully appreciated and this book shines a light on one small company that does it so well. It is a remarkable story and one that deserves to be told.