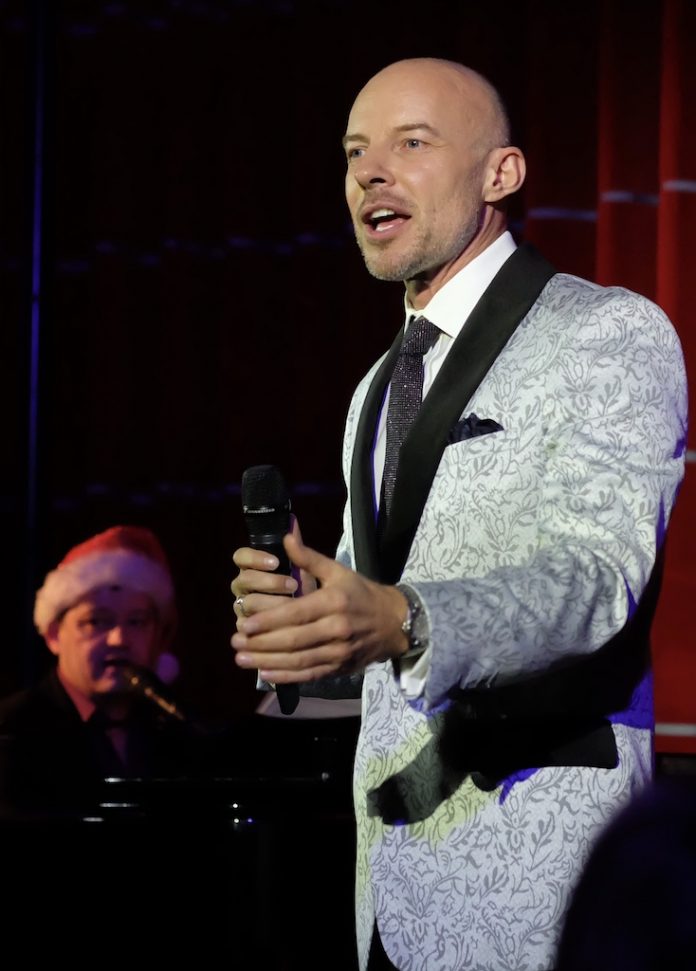 As someone with a healthy dose of cynicism in his makeup I attributed Gary Williams’ instant command of the SRO audience at Crazy Coqs to (1) the fact that it was just three days to Christmas and (2) the fact that the bars had been open for approximately eight hours.

The fact that I had never seen Mr. Williams live was another element but sharing my table were three people who had seen him several times and all three assured me the reception was par for the course. Nevertheless, I decided to reserve judgment if only because the party of females at an adjacent table would clearly have given Fink’s Mules a standing ovation.

As it said on the tin the sole aim of the evening was to swing the bejesus out of Christmas and Williams lost no time in convincing us that the sentiment expressed in his first song was right on the money. He really did make it seem The Most Wonderful Time Of The Year.

By now of course no one is really surprised that there are enough “Christmas” songs to last several hours if performed in entirety. James Lord Pierpoint arguably set the ball rolling back in 1857 when he composed A One-Horse Open Sleigh, which we like to think of as Jingle Bells.

I was pleased he chose to include a gem that Paramount staffers Jay Livingston and Ray Evans wrote for a Bob Hope picture, The Lemon Drop Kid. Even done as a sing-along Silver Bells is a lovely number and really should be done more than it is.

As you might expect a good 85% of the evening was Sing-Along-A-Mitch but there’s more to Williams than that and about five numbers in he dared pins to drop as he sang Ave Maria straight, a trick he repeated later with a lovely reading of Over The Rainbow that included the rarely heard verse.

There are, of course, a couple of labels to describe this kind of evening – “easy listening” and “feel-good”; there’s another term that I can vouch for as being more than applicable: crowd-pleaser.