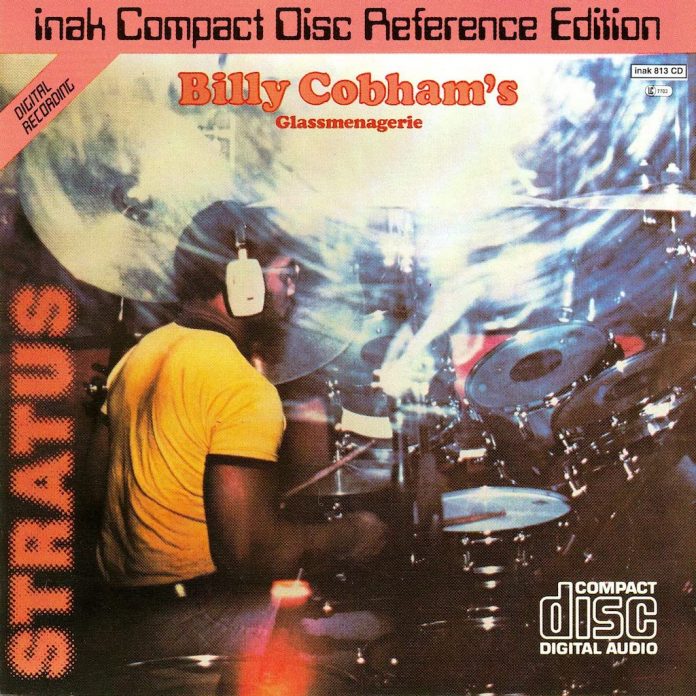 Opening with a drum solo, this vintage fusion set reminds us of an era when drum gymnastics were a mandatory part of the fusion repertoire. Later, Cobham returns to centre stage for a three and a half minute solo titled – soundly enough – Drum-Solo.

Cobham’s turn-of-the-decade fusion was typified by the kind at sparsely scored bluesy, modal funk which has long since been overtaken by harmonically more adventurous stuff. The title track, with its simple, mostly pentatonic theme and violin/guitar unisons harks back even further, to the kind of thing Cobham encoun­tered in the Mahavishnu Orches­tra almost a decade earlier. Another period indicator is bas­sist Tim Lander’s reggae groove All Hallows Eve, conceived at time when white reggae bands like The Police and Madness were becoming widely influential.

Contemporary fusion fanciers will note the presence of guitarist Mike Stern, who was concur­rently a member of Miles Davis first comeback band, or at least about to join it. Here we hear a number of guitar solos which show all the familiar Stern man­nerisms already in place and ex­plain why he has become a minor guitar hero. His sole contribution to Stratus, Brooze, is a boppish celebration of that most central of jazz forms and an early showing for the Bruze which appeared on Bob Berg’s 1988 Cycles album. It also demonstrates once again that Stern was never just the rock tearaway that some critics branded him when he appeared here with Miles in the early eight­ies.

Even if it is unlikely to turn many heads today, Stratus is a valuable historical document, and inak, the German company who have troubled to make it available, have shown insight in titling it a ‘Compact Disc Refer­ence Edition’.