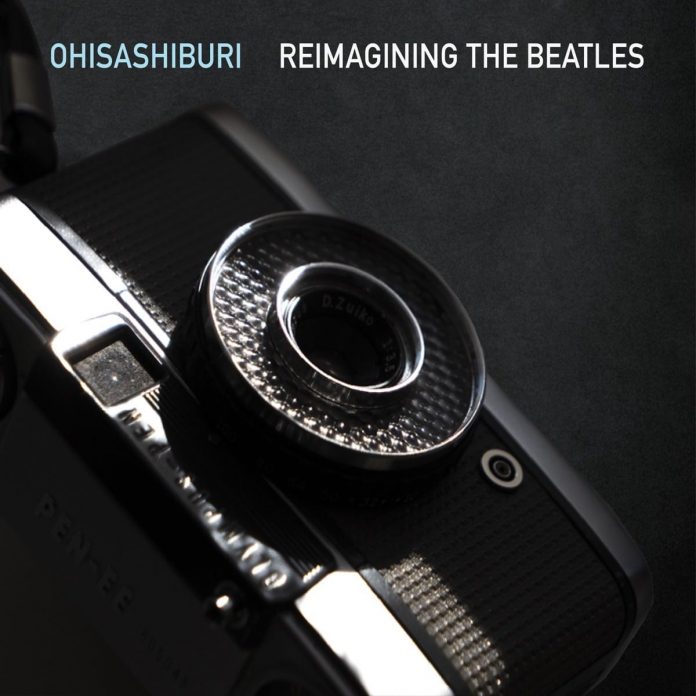 I can’t get Ohisashiburi’s version of Blackbird out of my head, which I take as a good sign. Obviously, it is not only on account of Paul McCartney’s beautiful melody but also the bouncy and softly propulsive reimagining by the Israel-born, British pianist Jonathan Gee and his Italian associates, alto saxophonist Geatano Partipilo, bassist Giuseppe Bassi and drummer Fabio Accardi.

On inquiry, Gee explains that their fanbase at the Italian-Japanese funding body Motono Kai suggested the name Ohisashiburi – which translates as “long time no see”; this to the delight of the quartet, which subsequently decided to use photographer Yoshie Nishikawa’s image as front cover.

On Reimagining The Beatles, Ohisashiburi play six songs by Lennon & McCartney with three original compositions by Gee and Partipilo. The bouncy and delicately urgent treatment of Blackbird also applies to Here There And Everywhere and And I Love Her, which benefit from ingenious arrangements and are carried to suspenseful conclusions by Gee’s sly connecting bass lines. Gee, hovering over his group as a kind of musical puppeteer and granting a generous amount of solo time to Partipilo, nevertheless squeezes in a number of luscious solos.

Subtle rhythmic shifts lend substance to the lightweight Macca tune Michelle. At the other end of the Fab Four spectrum, the profound and intense Lennon songs Across The Universe and Come Together are a bit well-mannered for my taste. Notwithstanding, Come Together’s layered development from vamp to fragmented melodic passages to coda is a fine example of the art of omission.

Ohisashiburi’s original tunes convincingly hold their own. The pithy Starfish and Silver possess all the typical playfulness and rhythmic flair of a Gee composition as well as charged solos by Partipilo. The lovely song Luminiscence inspires a pasa doble between Gee and Partipilo, Partipilo’s alto sax tiptoeing all around Gee’s fervent preliminary steps on the heels of a subtle and increasingly intense backbeat, notes flowing “out like endless rain into a paper cup”.

Begs the question, wouldn’t it have been a logical choice to divide covers and original tunes over two separate albums? At least that would’ve created space for fresh Beatles fare. I for one would love to hear Ohisashiburi ride the Helter Skelter or pay a visit to Eleanor Rigby, unlikely challenges that no doubt this band is able to respond to intriguingly.

Nic Jones - 08 November 2019
I've always found Michael Musillami's music rewarding. His take on the jazz guitar tradition is personal enough to leave an impression and his compositions are never found wanting in...