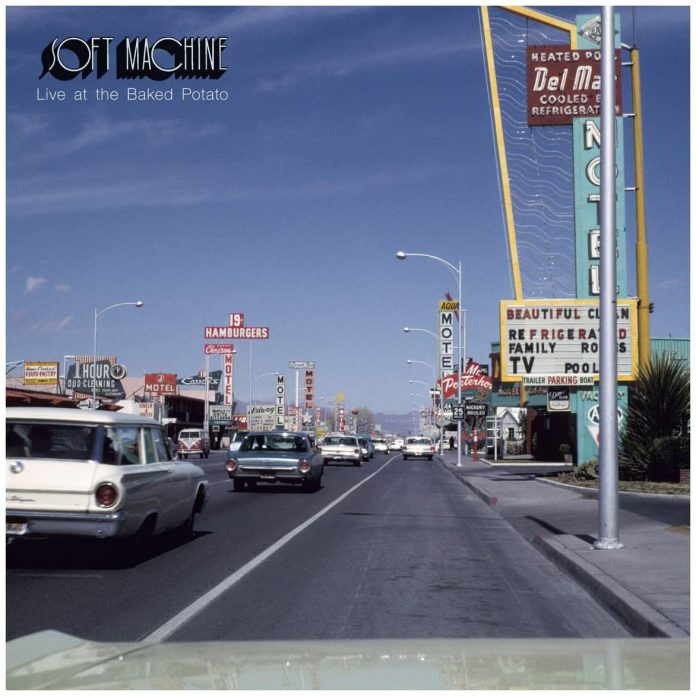 Would the Liverpool of 2020 stuff the Liverpool of 1981-1986? Would Sam Snead and Tommy Armour with modern equipment beat the majors tally of Jack Nicklaus and Tiger Woods? Are the latter-day Soft Machine as good as the band that made Third, Fourth and Fifth? Excellent material for a saloon-bar barney but such relativism is usually slightly beside the point.

Whatever the merits of the old Softs, they aren’t around now and some of the old membership (Dean, Hopper, Ayers, Holdsworth) is dead, and the current incarnation of the band is actually bloody good. It’s worth remembering that three out of the four current Softs, who marked the band’s half centenary last year with a major tour, have pedigree going back to the 70s and that the only “new” member is Theo Travis, who’s a senior figure himself now, though not quite as venerable as his colleagues.

Live At The Baked Potato was recorded in Los Angeles. They probably wouldn’t have got out alive without playing Out-Bloody-Rageous and The Man Who Waved At Trains, but the great thing about the current group, despite the presence of John Marshall, Roy Babbington and John Etheridge, is that there is no desire to live in the past. The Soft Machine project seems to be pointed forward and not part of the heritage industry, which would be a much more comfortable gig and possibly a more lucrative one.

Though the set also includes Hugh Hopper’s Kings And Queens and Karl Jenkins’s Hazard Profile and The Tale Of Taliesin, the music is fresh and alert. Travis and Etheridge are the main composers, with the guitarist’s Heart Off Guard and Travis’s Life On Bridges (it follows The Man Who Waved At Trains and might have been inspired by it) both vital new items in the Soft Machine book.

The sound’s very good and everything comes through strongly. What in former times could sound like a solid clump of electric sound, now has a bit of air round the instruments, which is another reason to prefer the current group.

Buy Soft Machine: Live At The Baked Potato at softmachine.org/store

Apart from jazz my enthusiasms include silent films and Indian music, so this CD is something of a jamboree bag for me. A Throw...

Hermeto Pascoal is an enigma. He creates music out of almost any object that he can get his hands on, from his beard to...

It's been several years since Scot­land's answer to Wes Montgom­ery led a record date, but the enterprising new specialist guitar label Six Strings has...

Soft Machine: Live At The Baked Potato"...the great thing about the current group is that there is no desire to live in the past. The Soft Machine project seems to be pointed forward and not part of the heritage industry"
Advertisement