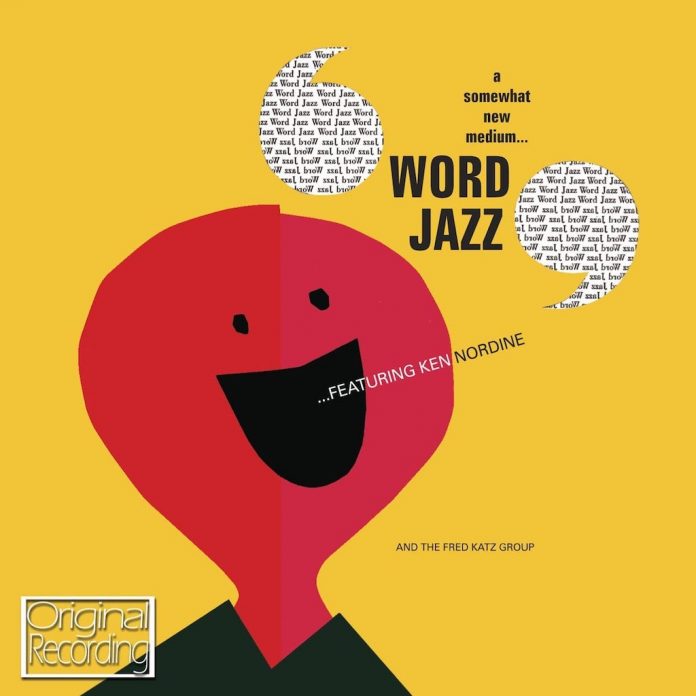 Ken Nordine’s smooth, resonant voice was used extensively on American radio, commercials and trailers for films, but jazz followers will remember him for his albums Word Jazz and Son Of Word Jazz, which for some years were rarities that fetched high prices.

He was born in Cherokee, Iowa in 1920. His family moved to Chicago where he attended university before working for radio station WBEZ in 1938 and on literary radio programmes during the 1940s. He provided the voiceover for Billy Vaughn’s hit The Shifting, Whispering Sands in 1955 before making Word Jazz for the Dot label in 1957, a collection of stories, some humorous, others with dark and sinister undercurrents or surreal scenarios. His narration was accompanied by the Fred Katz group which included Paul Horn on flute and Chico Hamilton (listed as Forest Horn for contractual reasons) on drums and percussion.

It came about after he had been performing at the Lei Aloha club on the North Side of Chicago, reciting the poetry of Edgar Allan Poe and T.S. Eliot while being backed by two jazz musicians. “The same crowd came every Monday”, Nordine later recalled, “so I couldn’t do the same poems over and over, so I started to ad lib”.

“I always liked music, particularly jazz”, Nordine told an interviewer, “and it became more interesting to me when they forgot the theme and they would go flying off in their imaginary and wonderful choruses, making variations on that theme, and within the structure of its harmony and the changes. So I tried to do the same thing with words”.

The album was followed up by Son Of Word Jazz and others, and he was given a show on Chicago radio station WBBM, performing and interviewing guests such as Duke Ellington, Count Basie and Ella Fitzgerald. He continued to record, work on adverts, educational films and narrations, and for over 50 years Nordine’s voice welcomed moviegoers to the Chicago International Film Festival.

He collaborated with Tom Waits, David Bowie and others and in 1990 he was approached by Jerry Garcia of Grateful Dead to be anchor for a radio broadcast from Oakland, California, going on to record Devout Catalyst with Garcia, drummer Mickey Hart and Egyptian musician Hamza El Din.

On reflecting about his work, Nordine admitted his passion was for words: “There’s music in the rhythm of the way great writing is done”. And as he would say, how are things in your town? He died 16 February 2019.

Mark Gilbert - 05 February 2019
Here we have what may, I suppose, be designated a jazz-rock album (a rarity these days, and it's fascinating that Kevin Glasgow, a young Scot, should have dedicated himself...

Jazz Journal - 31 August 2020
Son of lyricist Sammy Cahn, Steve Khan established himself in the mid-seventies as a busy New York session player. He was a sideman in early editions of the Brecker...