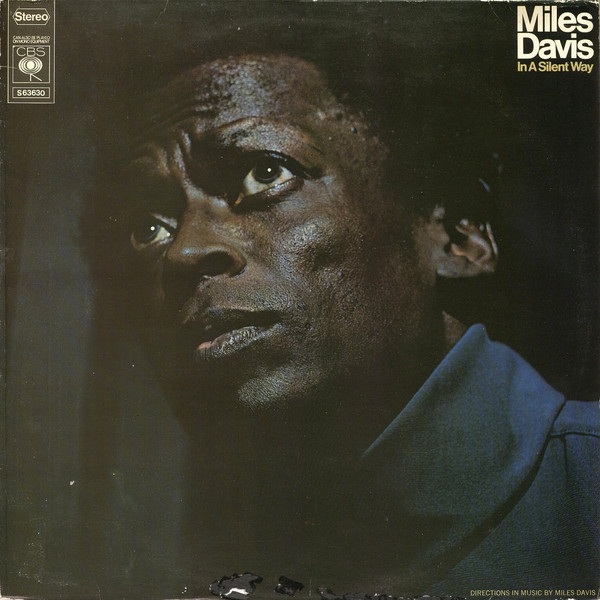 This is probably the most powerful jazz record I’ve heard since ‘The Individualism of Gil Evans’, and one of Miles’ most significant since ‘Kind Of Blue’. In fact the trumpeter’s playing here is more basic than it was on that album, and the trumpet work, apart from its intensity and fuller tone and range, is little different from his output from the late ’50s. It is the shape and style of the music which makes the album so potent. In fact each side is a complete whole, with the themes inter­mingled in a delightful way.

John McLaughlin is so good that the mind boggles – he’s been good before, but never surpassed this performance on any album I’ve heard

On this record Davis and his men have taken the idiom of contemporary ‘underground-pop’, actually moved into it, and then gone on to play jazz solos in that idiom. They have achieved such a high quality within these confines that I imagine that it will be impos­sible for anyone ever to justify an under­ground record in comparison.

All the soloists are superb, with Davis having that little bit of extra conviction. Shorter plays the best modern soprano I’ve heard, and John McLaughlin is so good that the mind boggles – he’s been good before, but never surpassed this performance on any album I’ve heard. Dave Holland shows that he’s up with the top Americans and, particularly on the second side where he plays arco, produces a sound which is a text book for lesser bassists. Williams is even more controlled than usual, and his performance here is in sharp contrast to that on the album under his own name reviewed elsewhere. McLaughlin seems to get the lion’s share of the solo space, and the various electronic pianos and organ function mainly to provide a vivid and often ethereal background.

Miles solos twice on the first side, with the second solo being slightly better than the first, beginning with the kind of sound that sent him floating over the Gil Evans band in the last chorus of Blues For Pablo. His im­provising is superbly contained, and one feels that he is playing to point up the rock aspects of the music. There is so much going on in the background between the other instruments that he has kept his own work fairly uncom­plicated.

The first melody on the second side, pre­sumably contributed by Zawinul, is ecstatic. It opens with a slow, enchanted delicacy as McLaughlin plays the lovely theme over Holland’s most effective bowed bass (which is just a bit too melodic to snarl, and produces a full and most effective sound). McLaugh­lin’s theme statement is contrasted by twinkles from one of the pianos and then Shorter enters with a wistful soprano which reminds one of his other great jazz entry on Gil Evans’ Barbara Song. Immediately Shorter picks the theme up McLaughlin drops it and sets up some intricate and deceptively powerful rhythm figures behind the soprano. Part way through the theme Davis suddenly comes in quietly to join in a beautiful unison with Shorter, and the theme gradually swells, with McLaughlin and Holland superb behind it. The theme fades on Holland’s bass, Will­iams quickens the pace, and Miles enters with an aggressive blues solo, with yet an­other extraordinary combination of rhythm patterns behind. The pianos take over (if you listen hard you can hear Miles whispering instructions to someone at this point) to play a form of interlude before McLaughlin’s ec­onomical and sensitive solo. This is a tentative and delicate affair making great use of space, and using the contrast between pauses and multi-note passages to good effect.

…if Miles had trouble articulating during the ’40s, he’s over-compensated for it now, and I’m sure it’s a platitude to remark that he’s one of a handful of really transcendent voices in jazz

What more can one say about Shorter? His soprano has a thick-textured sound which is a hun­dred miles away from Bechet, and yet so much more mellow than Coltrane (I’m one of the renegades who thinks that, during the last seven years of Coltrane’s life, Shorter was better in every respect). His solo is most moving, and contrasts nicely with Davis’s re­turn in an incisive and dexterous blues solo – if Miles had trouble articulating during the ’40s, he’s over-compensated for it now, and I’m sure it’s a platitude to remark that he’s one of a handful of really transcendent voices in jazz. Here his solo builds through a series of different climaxes, with mounting intensity in the rhythm complexes. The piece gradually moves out on Holland’s bowed bass, and one feels a real sense of loss as the record finishes.

My apologies to the Editor for taking up so much space, but I feel that this is a very important album, and I know that he’ll be pleased that I’ve at last found a religion.
Steve Voce

Barry Witherden - 10 June 2020
These pieces are compositions by Chris Burn, except for From Ten, Two and Three, his arrangements of six guitar solos by the late Derek Bailey. Bailey was a doyen...