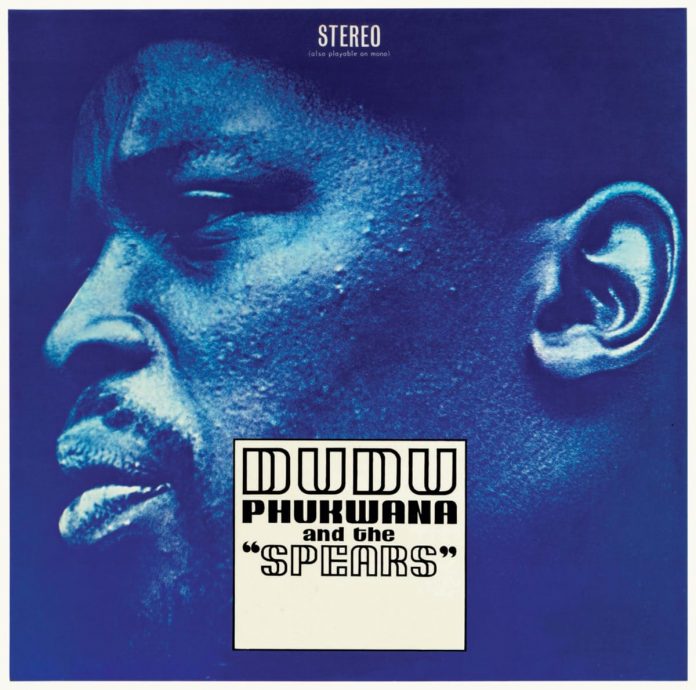 Dudu Pukwana’s debut album was made in the UK in 1968, well before In The Townships. A year later Dudu and Joe Boyd went to South Africa where it was licensed and pressed on the Trutone label. Its reappearance here makes it one of the most important archive appearances of the season, with unseen photographs by Val Wilmer and, even more excitingly, a second set recorded in London with the likes of Fairport Convention’s Richard Thompson and members of Afro-rock group Osibisa.

Pukwana’s high-energy alto, with its alternately plaintive and singing tone, was a signature sound in British jazz for a generation. In a sense, Pukwana picked up where the tragic Joe Harriott left off and it was a complex mantle. His own music was a heady mix of township jazz and mbaqanga, with kwela elements and some echoes of Accra and London highlife thrown in. To be fair, there are no classics here and the shortness of the cuts is sometimes frustrating, but this music had not – or not yet – lost contact with dance and the durations are typical of shebeen music of the time.

The rediscovered date is left deliberately atmospheric and “live”, which enhances its just-dusted-off feel, but the music itself, originally produced by Joe Boyd, shines through. Items like Obomvu will be familiar to anyone who has and treasures In The Townships. The early take is rougher and more energetic in some respects.

There’s no reason to question the attributions, which have been researched by Richard Haslop and are consistent with other surviving recordings of the time. The presence of Thompson might be a surprise to some, but Britain’s most eclectically inventive guitar improviser turned up wherever creative music was being made and always enhanced it.

The South African influence on British jazz is immeasurable and still evolving. The reappearance of this now-remote LP marks a moment for new reflection on a complex legacy, and a story criss-crossed by hope, tragedy, great longing and an irrepressible zest for life and music.

The basic premise behind this album is firmly fixed in a socio-political context, addressing issues of racism, bigotry, ecology and economics, whilst offering the...
Read more
Advertisement

“Improvised chironomy” is Bonati’s term, respectful of copyright, for what Butch Morris called “conduction”. The word itself refers to the science of gesture. The...
Read more
Audio Reviews

Superior modern jazz from the saxophonist, making her second appearance as leader on CD. She grew up in Stavanger and came to jazz the...
Read more
Film Reviews

Going hatless on Ilkley Moor can be a bracing experience, or a fatal one, if you know the song, and if you’re from Yorkshire...
Read more
Audio Reviews

Until Mahalia Jackson came along, Rosetta Tharpe was the voice of gospel, though some of the black churches shunned her after she played in...
Read more
Audio Reviews

Time slows down with the absence of heat. You have this direct from the great physicist Carlo Rovelli, but it’s one of the ideas...
Read more
Audio Reviews

This couldn’t have been a moment longer and preserved its fragile beauty. If 25 minutes sounds like short commons, it’s pretty much perfect and...
Read more
Audio Reviews

The title will already have frightened off all those who habitually bleat “Can’t they just play Sweet Sue, It’s You?”, but it’s not meant...
Read more
Audio Reviews

Magris continues on his warmly imperious way. There are few more exciting and satisfying composers around at the moment and it’s a measure of...
Read more
Audio Reviews

Alex Ward emerged out of the Derek Bailey circle as a free improviser of pleasingly other-worldly aspect, and it was something of a surprise...
Read more
Audio Reviews

Noonan prefers to call himself a “rhythmic storyteller” rather than drummer or percussionist, and he has frequently in the past narrated the back-stories of...
Read more
Audio Reviews

“Junnu” Aaltonen is 85 this year. The guiding spirit of Finnish jazz for more than 60 years, he first recorded under his own name...
Read more
Audio Reviews

Lars Gullin is not quite the poète maudit of Swedish jazz, but he often seems like its grievous angel. Luck wasn’t his friend and...
Read more
Audio Reviews

Much – maybe most – of the best music coming out of Britain at the moment has Martin Archer’s thumbprint...
Read more
Audio Reviews

Elsewhere in these pages, you might find the assertion that Martin Archer is a very good thing, or words to...
Read more
Audio Reviews

Debut records by significant talents sometimes suffer from an effort to show off too many facets at once. Aubrey Johnson’s is as multi-faceted as...
Read more
Audio Reviews

Muthspiel was indifferently served by major labels over the years and for a time the guitarist was putting out records on his own Material...
Read more
Audio Reviews

Tony Oxley came to prominence in the late 60s with The Baptised Traveller and Four Compositions For Sextet, both of which were improbably put...
Read more
Audio Reviews

Ray Russell’s Live At The ICA, recorded in 1971 and released by RCA a couple of years later, is one of the fabled recordings...
Read more
Audio Reviews

Anders Filipsen is probably better described as a sound-artist rather than as a musician. There has always been a strong audio-visual component to his...
Read more
Alt. Takes

I’ve been teaching Latin to my homeschooled son and he’s been helping me cut wood. Quid pro quo. Actually I give him more than...
Read more
Audio Reviews

Finland has had a rich supply of creative bass players. One thinks of Teppo Hauta-aho and Uffe Krokfors just for starters. Herrala isn’t that...
Read more
Audio Reviews

Ephemerals went through an early phase as an out-there soul band before exploring Alice Coltrane’s legacy and then re-emerging as a highly eclectic outfit,...
Read more
Audio Reviews

Avital was born in Israel of North African and Yemeni stock. His music, which is intriguingly of a piece, reflects that complex heritage. He’s...
Read more
Audio Reviews

This is my favourite Scottish group since Head, and that’s saying a bundle. The aesthetic is broadly the same: a mix of fusion, sometimes...
Read more
Book Reviews

Who was the “real” leader of the Art Ensemble of Chicago? As missing-the-point questions go, it’s a good one. Lester Bowie’s “is there a...
Read more
Alt. Takes

One informal theme of this recently rather irregular column – for which, apologies – is misremembering or sometimes downright forgetting. I’ve recently been involved...
Read more
Audio Reviews

There’s a tendency to assume that all Japanese alto players have to sound like either Kaoru Abe or Sadao Watanabe, either all-in screamers or...
Read more
Audio Reviews

Schenker has been around for some time on the Swiss scene. He’s also an information technology expert. This might tempt the unwary into thinking...
Read more
Obituaries

Though Miles Davis didn’t give lessons to young trumpeters, he made an exception for Wallace Roney, a talented young man from Philadelphia, gifted with...
Read more

Italian guitarist and composer Rocco Zifarelli worked alongside Ennio Morricone for over 20 years, recording with him on several award winning film scores and...

Inevitably the Mosaics must be listed. The only one still in the catalogue is the recent The Complete Woody Herman Decca, Mars And MGM...

Since he first appeared on the London scene with the Jazz Warriors in the early 1990s, Nottingham-born saxophonist Tony Kofi has risen to become...

In his fourth novel featuring Captain Paul Darac, a detective in the Brigade Criminelle in Nice, Peter Morfoot raises the curtain on another vivid...

If CDs have a purpose, it is to re­cycle material like this: two clas­sic albums that on vinyl dis­appeared from all but the secon­dhand...