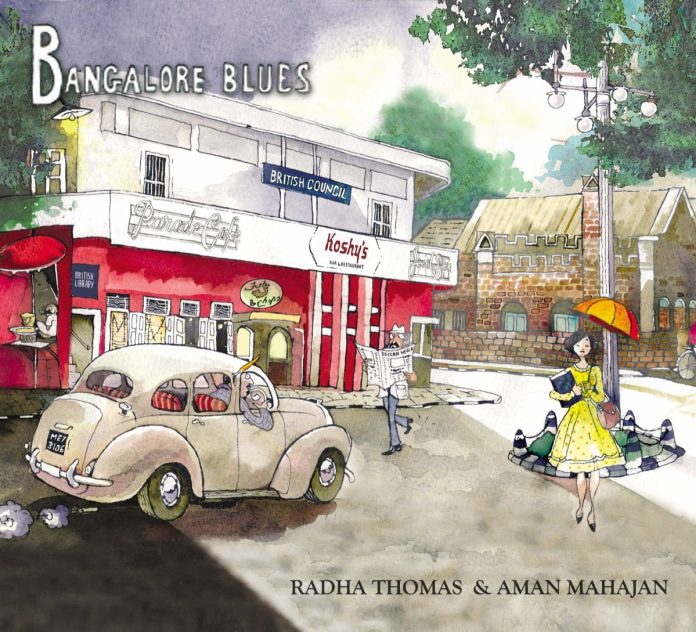 It’s surprising that Indian musicians haven’t made greater inroads into jazz. Of course, there are significant examples of Western players being influenced by Indian music and Indian instrumentalists have also featured in jazz settings, most memorably in John McLaughlin’s Mahavishnu and Shakti groups.

But Indian jazz singers especially are rare – and Rhada Thomas has long been ploughing a lonely furrow. Active on the New York club scene for 20 years, Thomas is back in India now and leading her eponymous Jazz Ensemble. What’s interesting about her sound is that she brings her training in Hindustani classical music to a contemporary jazz setting. What you hear is essentially mainstream jazz, but with a distinctively Indian flavour.

In a recent, well-received record she explored songs associated with Chet Baker using a New York backing group. This time, Thomas has gone for a pared-down approach, collaborating with Berklee-trained and near-Bangalore neighbour Mahajan. Together they thread their way through a compact set of torchy, reflective original pieces. The Morning After sets the scene with Thomas opening with raga-ish vocalese before the song’s narrative sets a more Manhattan type scene.

On the title track Bangalore Blues, Thomas’s wispy-to-contralto pipes describe her yearning for the old country in a Gotham style that’s redolent of Blossom Dearie. Musically, she’s clearly happy in either culture.

I suppose it is still every jazz musician’s dream to front a big band, especially one as fine as the current Cologne-based WDR ensemble....

Manchester had a myriad of trad bands, and the best of them, the Saints Jazz Band, was shoved into that category. They harboured a...

This publication is the companion volume to Tim Richards’s recent Blues, Boogie and Gospel Collection, and it’s a new collection of contemporary repertoire for...

If any of you have ever asked the meaning of the word 'swing', here is the complete answer. Stuff gets off the ground on...