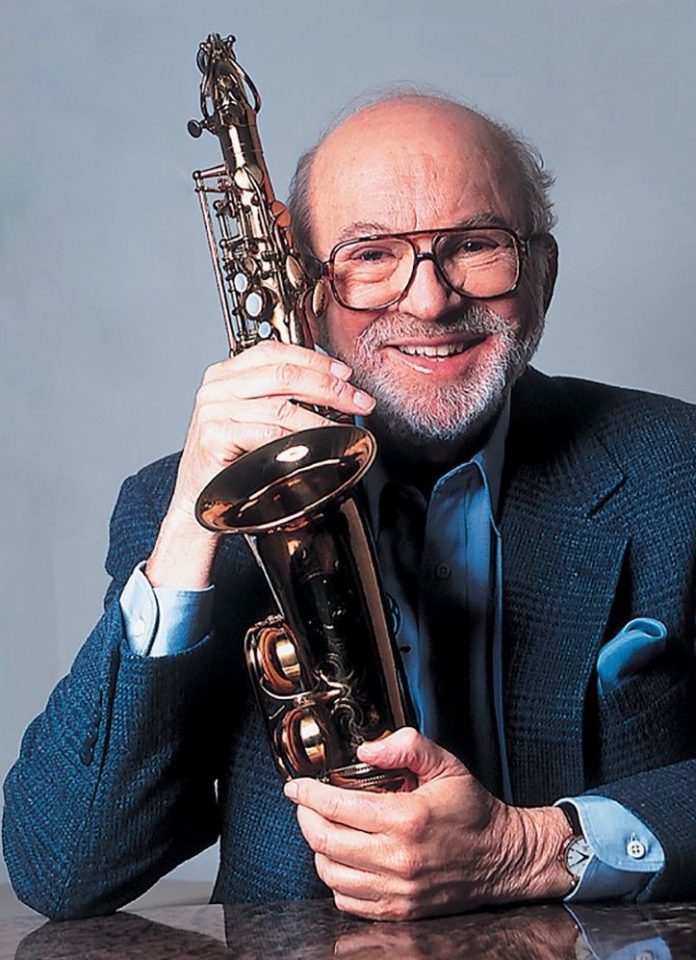 Parker-inspired alto saxophone virtuoso who played with Stan Kenton, became a stalwart of the Hollywood studios and coached Forest Whitaker for the film Bird

Lennie Niehaus made an important contribution to the buoyant West Coast jazz scene of the 1950s with his creative work for Stan Kenton and his own distinctive small-group recordings. His acknowledged influences were Charlie Parker and Lee Konitz but Benny Carter, Phil Woods, Joe Maini, Cannonball Adderley and Sonny Criss were all important too.

Born 1 June 1929 in St. Louis, Missouri, he came from a highly musical family. His father had attended the Saint Petersburg Conservatory in Russia together with Jascha Heifetz and during the 20s had played the violin in orchestras that accompanied silent films in St. Louis before moving the family out to Los Angeles where he joined one of the Hollywood studio orchestras. His sister Agnes later became a concert pianist and as a youngster Lennie learnt the violin, oboe and bassoon before concentrating on the alto. Niehaus saw Charlie Parker perform at Billy Berg’s in 1945 and remembered being “blown away by bebop”.

Early in 1952 Dick Meldonian recommended him to Stan Kenton who invited him to audition as a replacement for Art Pepper. The first chart was Gerry Mulligan’s uptempo Limelight which he sight-read with ease, convincing the leader that he had his man. The band stayed mostly close to home in Los Angeles but there were some road trips to the Blue Note in Chicago and the Rustic Cabin in New Jersey.

A few months after his audition Niehaus was drafted into the military, serving two years at Fort Ord in Monterey where he met Clint Eastwood during basic training. In the evenings he had a quartet that played in the non-commissioned officer’s club where Eastwood was the bartender. While in the army he occasionally sat in with Shorty Rogers’ Giants at the Haig and Howard Rumsey’s All-Stars at the Lighthouse.

When he was discharged he rejoined Kenton, taking over from Lee Konitz, and with the encouragement of Shelly Manne he signed with Les Koenig of Contemporary Records who allowed him to record anything he wanted. His first session for the label in 1954 was a pianoless date with Jack Montrose, Bob Gordon, Monty Budwig and Shelly Manne. His prodigious technique and long flowing lines on numbers like Whose Blues, You Stepped Out Of A Dream and Day By Day are probably what convinced Downbeat magazine to select him as The New Star on Alto in 1955. Bill Perkins won a similar award for the tenor that year and Stan Kenton presented their plaques to them on a radio broadcast from Birdland.

Niehaus went on to record four more albums for Contemporary featuring a variety of quintets, sextets and octets including one memorable date with strings. His highly original contrapuntal writing on these dates was interpreted by people like Jimmy Giuffre, Bill Perkins, Pepper Adams, Stu Williamson and Frank Rosolino.

In the mid-50s Dizzy Gillespie’s big band came to town and Lennie was asked to deputise for one of the altos who was unwell. In a Jazz Journal interview he told me: “It was one of the biggest thrills of my life playing Groovin’ High with Dizzy.”

He toured Europe with Kenton in 1956 and was heard on many of the band’s notable albums including Back To Balboa, Contemporary Concepts, Kenton In Hi-Fi, Cuban Fire and The Stage Door Swings. His own favourite ballad feature can be heard on the band’s 1959 performance at the Tropicana in Las Vegas where he is inspired on a poignant End Of A Love Affair.

He left Kenton and full-time playing in 1959 to begin concentrating on writing for television shows featuring the King Sisters, Mel Tormé, Dean Martin and Carol Burnett. He had a lengthy collaboration with Jerry Fielding who had been blacklisted during the 50s. Their films included The Bad News Bears, The Outlaw Josey Wales and Escape From Alcatraz.

During the 70s his Jazz Conception For Saxophone was published, becoming an essential resource for players. After Fielding’s death in 1980 he started working with Clint Eastwood on a succession of notable film scores, including Pale Rider, Bridges Of Madison County, Million Dollar Baby and Clint’s homage to Charlie Parker – Bird. One of Lennie’s tasks was to make sure that Forest Whitaker looked convincing in the title role when playing the saxophone.

He won an Emmy for the 1993 movie Lush Life which is when he started performing again. His 1997 Seems Like Old Times CD is a reunion with Bill Perkins and Jack Nimitz celebrating the years they spent sitting together in Stan Kenton’s saxophone section during the 50s. The liner note has this little comment from Clint Eastwood: “Lennie Niehaus never stopped being an alto player. On this CD his chops are as great as ever. Always – just friends.”

Lennie Niehaus died 28 May in Redlands, California. He is survived by his wife Patricia, his daughter Susan and his grandchildren Josh and Emily.

Drummer DeWaal’s quartet has the somewhat unusual line up of clarinet, guitar, organ and drums. Gustaf Ljunggren plays guitar but doubles on clarinet, so...

“I just finished my thesis on Lou Bennett”. Her voice on the phone is fragile like a wounded butterfly. But her answers are clear-cut. No...

Morrissey-Mullen Band / Holdsworth and Co / Paraphernalia Starting with Morrissey and Mullen, the programme seemed destined to a warm response, and although I found...