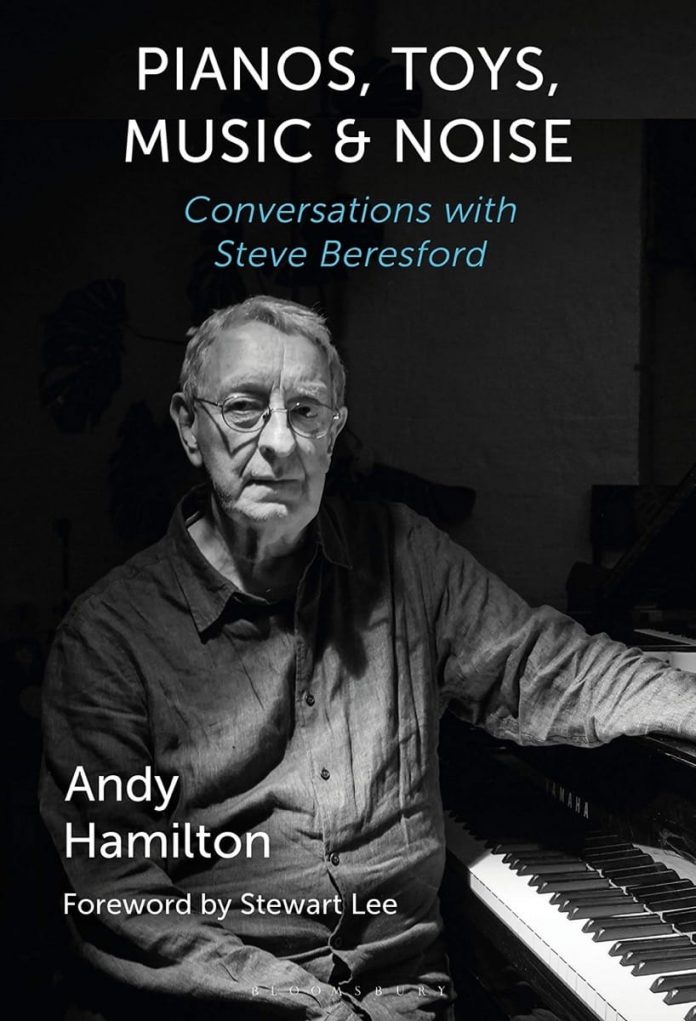 Steve Beresford has throughout his adult life cheerfully ignored the boundaries marked and the walls erected around musical types, but irking purists, always a worthwhile, indeed noble pursuit, has been but a part of his outlook. This book, with almost equal cheeriness, reveals something of the man, but more importantly it highlights how in a more general sense the very things that go to make us up as individuals can vary widely.

Beresford embodies an antidote to the idea of music as a means for achieving celebrity, not least because for him (as this book also covertly reveals) it’s far too important, and indeed runs too deeply, to serve such a low end. Evidence of this comes in the form of his activities, which range from improvisation (a practice he’s pragmatic enough to realise he’ll never make a living out of) to past involvements with reggae and post-punk, neither of which were, if this book is anything to go by, motivated by economic imperatives.

In a way, then, the book highlights how curiosity about the musical world often has to serve as an end in itself, but when that curiosity’s leavened with a healthy dose of humour it becomes exceptional, especially in the more po-faced idioms. In Beresford’s case the seeds of curiosity were sown early, meaning that he’d discovered both the work of the Spontaneous Music Ensemble and Anton Webern before he’d left York University. If any combination is likely to ensure a life in which curiosity and enthusiasm are maintained despite the ravages of age then that might well be it. Add humour to it and it has the always beneficial effect of keeping the unreconstructed Stalinists at bay, of whom there are thankfully fewer these days by comparison with the late 60s and early 70s, when Beresford was an undergraduate.

In a sense a focus on Beresford, not least in terms of his musical relationships, gives notice of how even in these culturally emaciated times when eternally springing hope seems a very faint notion, it’s possible to maintain what might be called an expansive yet personal attitude towards music, its indeterminacy as well as its determinacy. There is nothing particularly demanding about this, and indeed this book proves that. With any luck the significantly less expensive paperback version will be widely read when it appears.

Brian Morton - 15 December 2019
Martin Archer is one of the heroes of British music. He’ll be best known to some as a member of Hornweb, but having more or less renounced live playing...

David Friesen – My Faith, My Life﻿